University of Gloucestershire student Chloe Robyns-Landricombe has been crowned British champion in the showpiece finale to the domestic judo season. 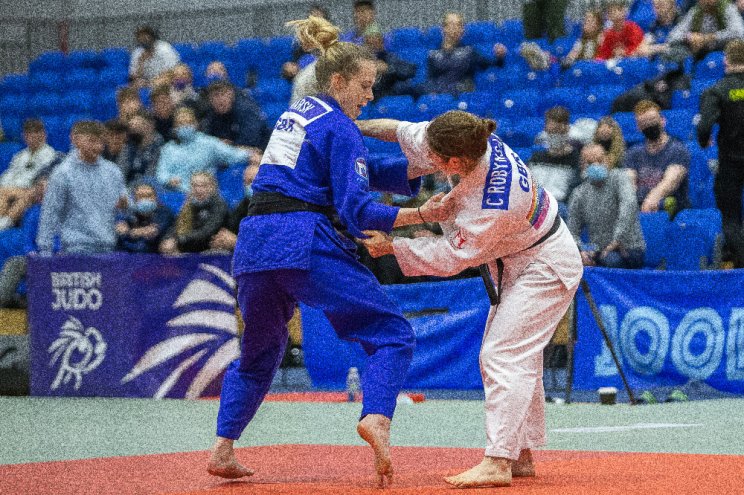 Chloe Robyns-Landricombe, a sports scholar enrolled on the BSc Physiotherapy degree programme, won the women's U52kg weight category at the British Championships at the English Institute of Sport (EIS) in Sheffield last weekend.

Chloe overcame three opponents in the earlier rounds of the competition before beating her final challenger Kirsty Marsh by ippon to win her first senior British title.

She is hoping that her status as British champion will help towards qualification for the 2022 Commonwealth Games in Birmingham.

Chloe Robyns-Landricombe, who had recently finished 7th at a World Cup event in Bosnia, said: "I am really thrilled to have won the British title. I worked hard balancing university, my physio placement and other commitments alongside my training in the build-up to the competition.

"On the day, it was a tough draw, but I knew that if I focused on my judo and took one fight at time I could get a result, and to get the gold is an amazing way to finish the year.

"I have had amazing support from the scholar practitioners, my coaches and teammates who have helped me towards achieving this title." 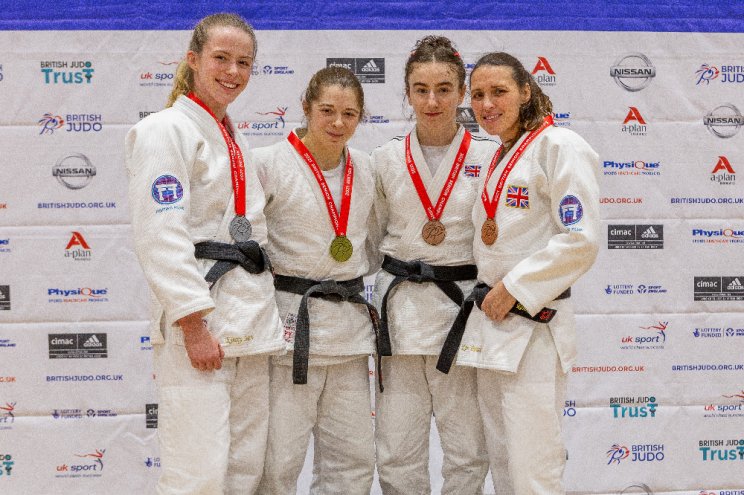 Chloe, whose previous successes include a gold medal at the 2019 Commonwealth Judo Championships, was among former and current sports scholars who recently took part in a Q&A with former international rugby referee Chris White at a welcome event at the University for this year's sports scholars.

Matthew Tansley, director of sport and physical wellbeing at University of Gloucestershire, said: "Not many people can call themselves British champion, so it's a phenomenal achievement and we're absolutely thrilled for Chloe.

"Our current students will be extremely proud to have a British champion within their ranks, while the prospective students who attended our 'all scholars welcome' event at Oxstalls will have been inspired by her story and gained insights into the benefits of our sports scholarship programme."

As a TASS Delivery Site (Sport England's Talented Athlete Scholarship Scheme), with accredited practitioners in place to help support TASS athletes in their dual career, the University is an officially recognised place for developing talent.

It also holds TASS Dual Career Accreditation, which acknowledges an enhanced level of academic flexibility and understanding within an institution, allowing talented athletes to balance their studies with a busy sporting schedule.

Matthew Tansley added: "As a sports scholar, students like Chloe work with some of the best practitioners, coaches and mentors.

"Whether they're at the start of the journey, or already working or performing alongside the elite, we provide bespoke support and always look forward to celebrating their successes."