Hundreds of staff and students of Cirencester College gathered yesterday (November 11) for a remembrance service, to honour service men and women whose lives were lost or affected by conflict. 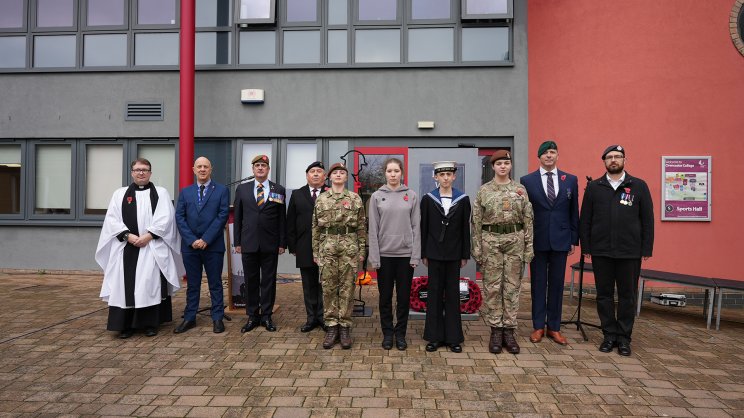 Those who couldn't attend were able to watch the ceremony via a livestream from the college's YouTube channel, organised by staff and students in the college's media department.

The ceremony began with a parade from uniformed services students, who marched to gather at the college's cenotaph. This was followed by a welcoming speech from college principal, Jim Grant, highlighting the sacrifices made by British soldiers, as well as soldiers from all over the Commonwealth, and the importance of honouring them for those sacrifices.

At 11am, a two-minute silence was observed, followed by a wreath laying on the cenotaph by students. The ceremony was closed by uniformed services students, marching after the Last Post was played. 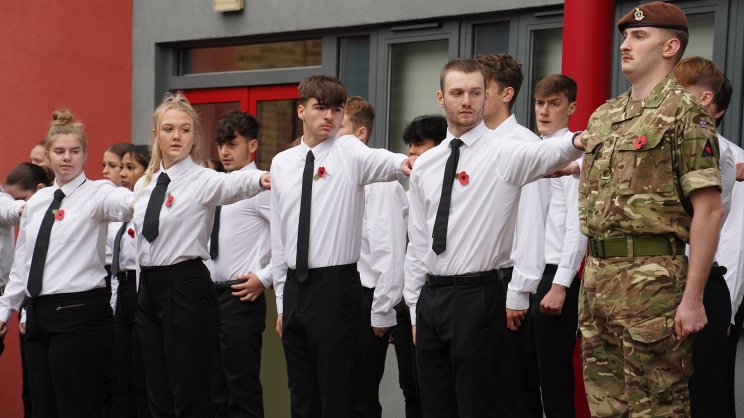 For the first time, the college remembrance service was accompanied by a choir of performing arts students, who assisted the audience in singing Jerusalem. The choir sang Home Thoughts from Abroad from Military Wives.

Students in the college's student led-theatre company also honoured Remembrance Day on Wednesday evening, with their play Waiting for Home. Written, directed and performed by students, it explored the broad impact of war from a wide range of perspectives and stories.

Jim Grant, principal of Cirencester College, said: "This was particularly special, as it was our first big event post-lockdown.

"As ever, the respect with which all our students treated the event was remarkable. Those students in the parade and choir took a great deal of pride in their performance and should be very proud of themselves."