The England Colleges women's football squad are set to play Milton Keynes Dons Women on 11th July, Southampton Women's FC on 25th July and RAF Ladies on 18th August, at venues yet to be announced. 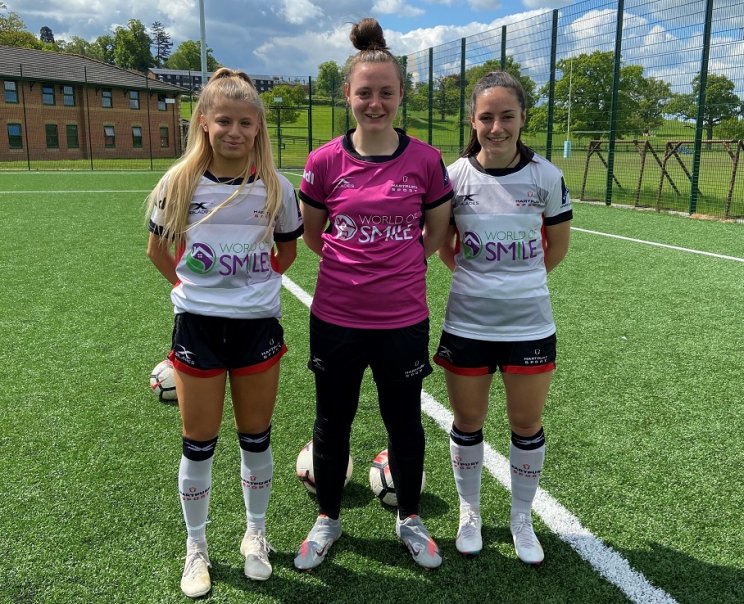 As well as being members of the women's football academy at Hartpury, Jess and Jodie are enrolled on the Level 3 extended diploma in sport (football) and Sarah is studying A-levels in Biology, Chemistry and Physical Education.

Stacey Miles said: "We are delighted that three Hartpury students and football academy players have been selected for the England Colleges national team squad for the 2020/2021 season.

"Sarah King and Jess Hood, who are exciting attacking midfield and wide players, have been selected for the second year in a row, having represented England Colleges in the 2019/2020 season.

"Jodie Whiteman, our top shot stopper and excellent goalkeeper, has been selected in her first season at Hartpury College, which is a fantastic achievement.

"We're extremely proud of Sarah, Jess and Jodie and we wish them well in the upcoming fixtures."

As a TASS Dual Career Accredited Site, Hartpury provides its students with the support they need to fulfil their sporting ambitions alongside studying for their academic qualifications.

Student footballers at Hartpury have access to a range of world-class facilities on campus, including a floodlit grass football pitch and two 3G all-weather surfaces.

Study for IT degree in Cheltenham

Why move across the country, when you can study for your degree locally with one of the UK's top 30 universities for computer science?

Two organisations at the forefront of Gloucestershire’s cyber-tech ecosystem have formed a partnership to supercharge growth of the sector.