Hartpury College is ranked no1 again in rugby study

Hartpury College is "quite simply unrivalled" at producing England U20 international rugby players, according to a new survey.

The specialist rugby website Next GenXV has carried out an investigation to discover which schools and colleges were attended by every England U20 player since the start of 2008.

Hartpury College topped the 143-strong field with 23 players - nine more than second-placed Wyggeston and Queen Elizabeth I College - beginning with Jonny May in 2010.

It follows a previous Next GenXV study that found that Hartpury College was the best in the world at producing professional rugby players for the top leagues around the globe. 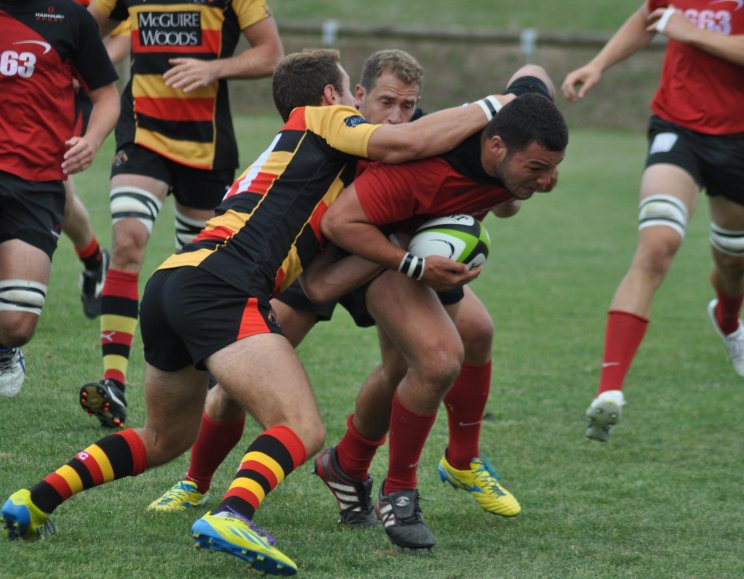 England U20s have been one of the most successful age group sides in the world, winning World Rugby U20 Championship titles in 2013, 2014 and 2016.

In a video produced to promote the latest study, NextGenXV said: "It'll come as no surprise that Hartpury College are number one on this list with a staggering 23 England U20 internationals. That's nine more than anyone else.

"The work that Hartpury College has done and the value they've given to England, especially at age group level, is just extraordinary.

"Even more extraordinary is that all of those 23 England U20 internationals have come since 2010. Jonny May was their first that year and he's obviously gone on to become an absolute star winger for England.

"Since then, the full internationals that have gained U20 caps that attended Hartpury include Italy's Callum Braley, Ireland's Billy Burns, Ellis Genge and Dan Robson for England, and Wales' Ross Moriarty, who also became a British and Irish Lion."

John Barnes, director of rugby at Hartpury, said: "We're absolutely delighted to have been ranked number one for producing England U20 players in the latest NextGenXV survey.

"We're determined to provide our students with all the support they need to progress their rugby careers, including access to outstanding facilities and specialist coaches, as well as the benefits of our links to Premiership academies and regional academies in Wales.

"We try to be as flexible as possible with the degree, diploma and A-level courses that students can do, so they can combine different subject areas with their rugby.

"People recognise that Hartpury is a great educational establishment alongside rugby and that's a really big draw."

Rugby students at Hartpury have access to a range of world-class facilities. Hartpury's new £8.8 million sports academy includes a biomechanics laboratory, a rehabilitation suite featuring an anti-gravity treadmill and a human performance laboratory with an altitude chamber.

As well as running Hartpury University RFC and Premier 15s club Gloucester-Hartpury Women's RFC, Hartpury is the training centre for Gloucester Rugby and has strong relationships with England Rugby.