A former Hartpury University student has received a Chief Executive's Commendation award from the South West Ambulance Service, after saving the life of a man trapped in a burning building.

After graduating in 2015, James Parker, a former BSc (Hons) sports therapy student, went on to train as a paramedic with the South West Ambulance Service, qualifying earlier this year. In the interim, he worked in Hartpury's catering department as a storeman for 18 months. 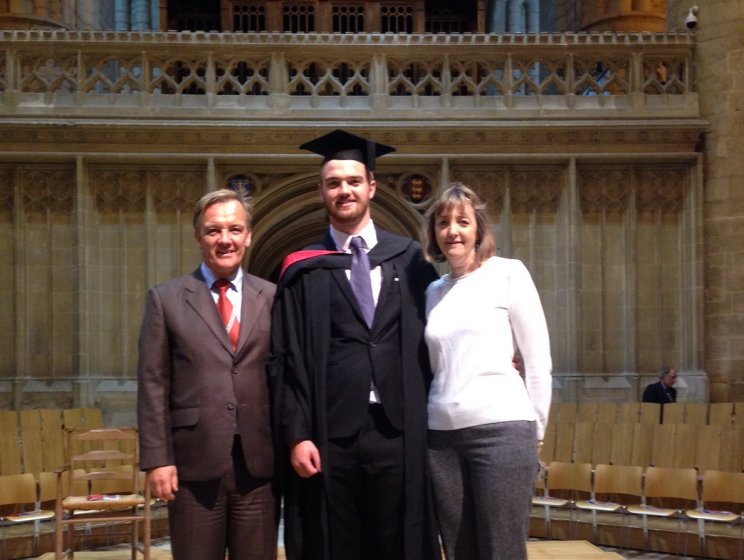 During the latter stages of his paramedic training, and while on his daily commute, James noticed a shed engulfed in flames, which had started to spread to the adjoining house and surrounding trees. On closer inspection, he found a man trapped in the fire, suffering from almost 70 per cent burns.

James took immediate action to address the fire and to administer lifesaving first aid to the man, while calling his colleagues in the emergency services. He used buckets of cold water to cool the patient and gave a detailed report to fellow medics upon arrival.

His nominator said: "James showed a true act of courage and compassion. I truly believe he went above and beyond his call of duty and did his best for this patient in an act of selflessness. James is an individual who works hard and doesn't look for praise, so I feel a commendation would be appropriate given his actions on this day."

Steve Parker, James' father, said: "Obviously as James' parents, we're very proud of him. We both feel that the grounding students are offered at Hartpury puts them in a good position to play a positive role in society, and we're very grateful for the part that has played in James' development."

Sarah Lee, head of sport at Hartpury University, said: "James is a superb role model for staff and students alike and we're extremely proud, though unsurprised, that he acted with such calm selflessness.

"He is an asset not only to the South West Ambulance Service, but also to his community as a whole. We wish him all the best for his future as a paramedic."