The greatest comedy duo that nearly was 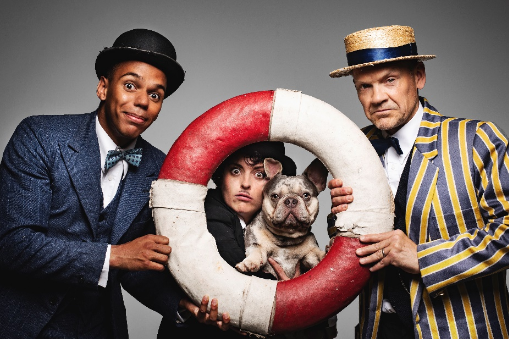 The remarkable story of the greatest double act that nearly was is coming to Cheltenham's Everyman Theatre stage later this summer.

In 1910, the then unknown Charlie Chaplin and Stan Laurel set sail on board a tramp steamer from Liverpool to New York as part of Fred Karno's famous music hall troupe.

On the voyage, they shared a cabin, they shared comedy routines, they shared laughter, but, by the end of the journey, they hated each other... yet they would both go on to become two of the biggest stars of the age.

Charlie & Stan is a silent comedy with an original live piano score produced by Olivier and Tony Award-winner David Pugh; theatre company Told by an Idiot and Theatre Royal Bath. It runs in Cheltenham from 31 August to Sept 4.

Charlie Chaplin is played by Danielle Bird; Jerone Marsh-Reid is Stan Laurel; Nick Haverson is Fred Karno and Sara Alexander plays all the other parts, including Chaplin's mother, and the piano! They will be joined by Reggie, making his stage debut as Scraps the Dog.

Reggie will not play on a Sunday and, at those performances, the part of Scraps will be played by a puppet.

Famous Belgian clown Jos Houben, who was one of the founding members of Complicité, has been brought on board as the physical comedy consultant.

Told by an Idiot have garnered critical acclaim and devoted audiences worldwide for their wonderfully theatrical shows. With Charlie & Stan they have uncovered a hidden and poignant chapter of comedy history, shining an unusual light on a pair of show business legends.

The Everyman's chief executive Mark Goucher said: "This is a fascinating piece of physical theatre about the biggest stars of that era. Chaplin and Fred Karno both performed at the Everyman in the early years and, in a way, it will be a pleasure to welcome them back!"