Shane Ritchie returns to the Everyman

Shane Richie returns to the Everyman Theatre stage in November in a role that he was born to play.

He stars as Archie Rice in John Osborne's The Entertainer alongside Olivier award-winning Sara Crowe as Phoebe Rice and Diana Vickers as Jean Rice. The production has been earning rave reviews.

This all-new version is set in 1982: Archie Rice is a washed-up entertainer playing a summer season. As his soldier son sails with the Task Force to liberate the Falklands, his daughter Jean returns from campaigning against the war, and Archie's professional and personal lives collide with devastating consequences. 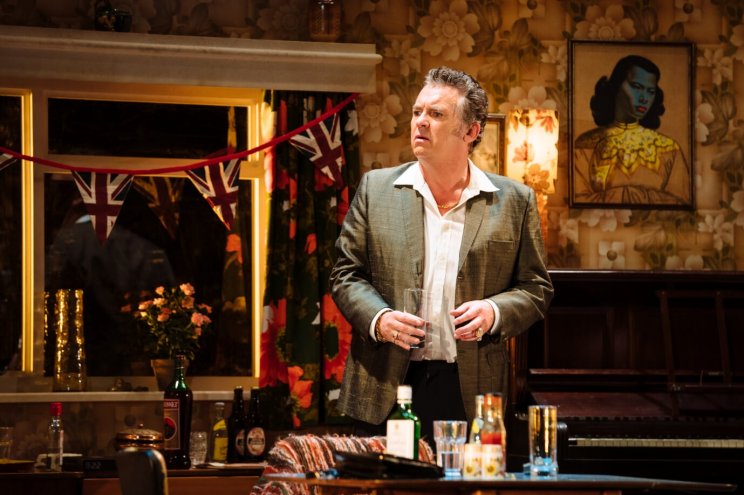 Director Sean O'Connor, who updated the setting of Osborne's play from 1957, said: "I fell in love with Diana's feisty but vulnerable LV in The Rise And Fall Of Little Voice when I saw it in the West End and am very excited about what she'll bring to the role of Jean, a young woman whose political conscience has been awakened by the Falklands war and who struggles in her combative relationship with her feckless father, Archie.

"And I've long been an admirer of Sara's extraordinary work and am thrilled that she is taking on one of Osborne's greatest female roles as Phoebe, the hapless, hopeless wife of the washed-up showman, Archie Rice."

Shane Richie has balanced a hugely successful 40-year career between theatre, film & TV. He's been a regular fixture on prime-time television hosting shows and is well known for playing Alfie Moon in EastEnders.

Diana Vickers first came to the public eye as a semi-finalist in The X Factor. She has appeared in many West End shows as well as TV and film roles.

Olivier Award-winning Sara Crowe most recently appeared as Ruth in the first UK tour of Calendar Girls, the Musical, and was seen on screen in the 2019 Comic Relief reboot of Four Weddings & A Funeral - One Red Nose Day and a Wedding.

The Entertainer was chosen as one of the greatest plays of the 20th century by Michael Billington, chief theatre critic of The Guardian.

Tickets are available from the Everyman box office or website.