The BBC has announced it is putting on a second preview screening of the new series of This Country due to "unprecedented demand".

Within a week of announcing that BBC Three would be previewing the show in its Cirencester home, nearly 25,000 people had applied for tickets - more than the population of Cirencester itself.

That was up from the 4,000 people who applied for tickets to a preview screening of series two in 2018.

The new screening is being held at 3pm on Thursday, January 23, at the same venue - Bingham Hall in Cirencester - and will allow another 400 fans to watch the show before it airs in February. 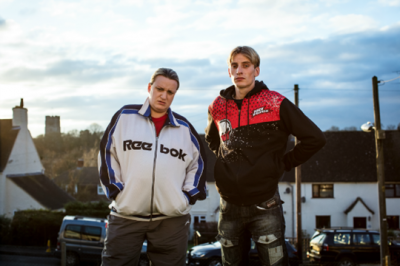 Those who applied in the original ballot and did not get tickets will now get a second chance with the afternoon screening. If they have been lucky they will be contacted via email.

The additional screening is the same as the evening event - with two episodes from the new series being shown followed by a Q&A with stars and creators Daisy and Charlie Cooper, director Tom George and producer Simon Mayhew-Archer.

Those who don't get tickets will get one last chance on Thursday, when BBC Radio Gloucestershire will be giving away three pairs to the evening screening throughout the day. Tune in to find out more.

Stephanie Marshall, head of the BBC in the West and South West, said: "With 24,657 fans applying for tickets we felt we simply had to put on another screening. It really is unprecedented demand.

"It's great that so many people want to see This Country in its Cotswold home. We love it when home grown, out-of-London series like these get the recognition they deserve.

"We recently announced that by 2027 we want two-thirds of all BBC jobs to be based outside of London. More than ever we are celebrating the creative and brilliant people in every region of the UK."