Science has never been so much fun!

Young people and their families can look forward to taking part in a host of fun activities at Cheltenham Science Group during the Easter holidays. 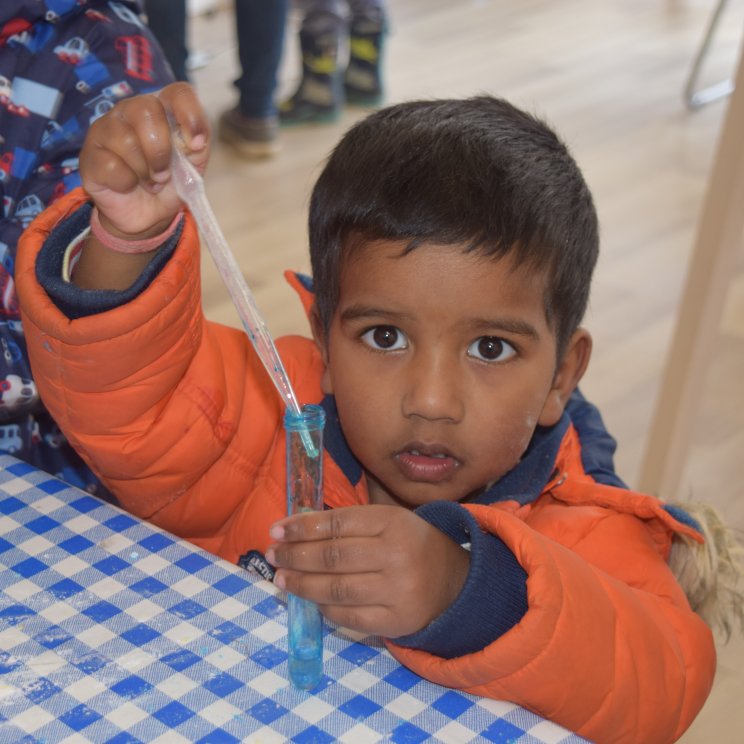 The centre in Coronation Square, Cheltenham will be open from April 10-20 during the holidays with a number of different activities including slime, bath bombs, spaghetti towers, space craft and robot club.

In addition, organisers are very excited that on Thursday, April 11, the University of Gloucestershire will be taking over the science centre and replacing the hands-on science exhibits with their virtual reality headsets.

Many families are expected to use their annual family pass to visit more than once during the holiday: the pass costs £20 and gives a family of five unlimited entry to the science centre, including any special events, for 12 months.

The science centre is open from 10am until 4pm and costs £2 per person over for or £7.50 for a family of up to five people. 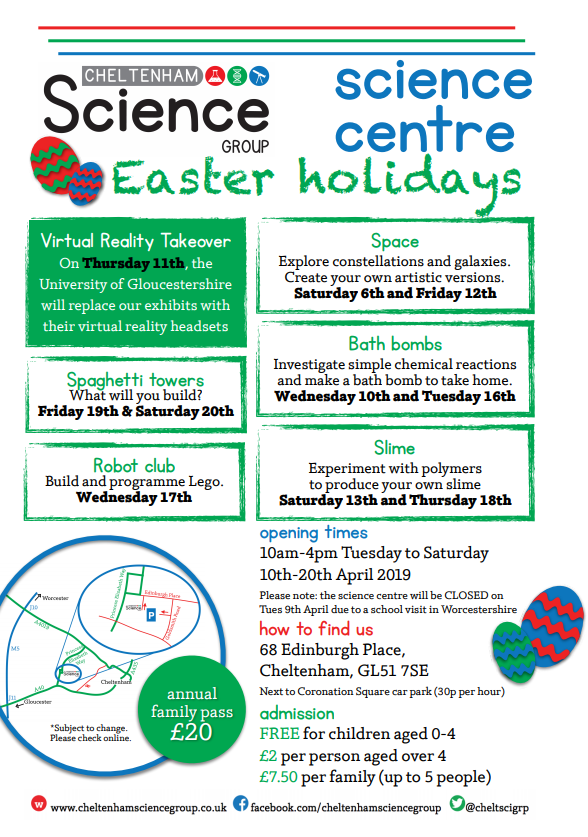 During term time, an average of 50 people pop into the science centre on the first and third Saturday of the month to try the different experiments at the drop-in STEM club.

The first time you attend, you will be given a passport on which you will collect stickers for each completed challenge. Once you have collected eight stickers, you will be eligible for either a CREST Star or SuperStar award. Two children have already claimed their awards.

The idea of the drop-in STEM club is that you can pop in whenever is convenient for you (either on a Saturday 10am-4pm or the following Friday 2pm-5pm). If you are busy one weekend, it does not matter as there will be plenty more opportunities to collect your eight stickers.

Dave Watson, operations director, said: "It is great to see the same families visiting together over and over again. It is really important to us that young people know that their families value science, technology, engineering and maths (STEM) so we try to provide opportunities for families to investigate and explore together."

In addition, the science centre continues to run its robot club on alternate Friday afternoons (2pm-5pm). During these sessions, visitors to the science centre can interact with all of the permanent hands-on science exhibits as usual and play with the programmable LEGO.

To find out more, visit www.cheltenhamsciencegroup.co.uk/