Raise a glass and 'Escape the Everyday'

The £5 million 'Escape the Everyday' campaign highlights the quality destinations, visitor attractions and experiences on offer across the UK's cities, countryside and coast.

The UK-wide domestic marketing campaign aims to inspire consumers to travel and enjoy the country's amazing tourism offer from this summer. 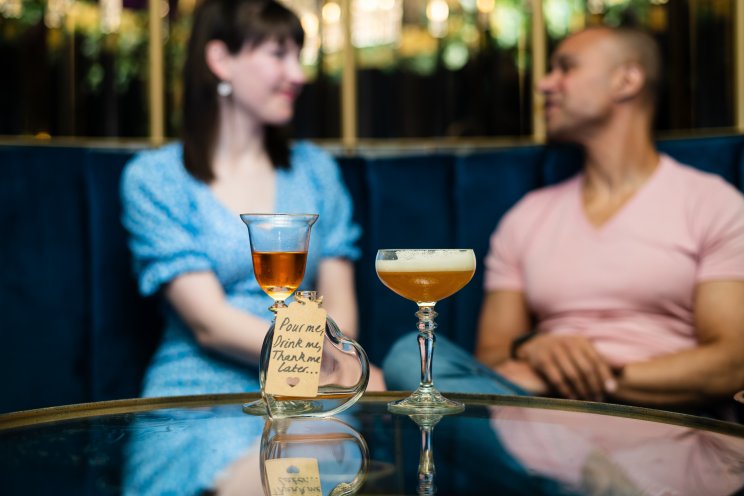 Escape The Everyday encourages people to escape the unique everyday and inspire consumers to book a short break across the UK by showcasing the breadth of experiences available for them to escape to, when safe to do so, showcasing our vibrant cities, breath-taking countryside and coastal locations that make the UK a brilliant place to explore.

If you enjoy a refreshing pint of beer or a sophisticated G&T, Cheltenham and Gloucester's artisan brewers and distillers produce a wide range of delicious drinks to tempt your tastebuds.

Here's an Insider's guide to the eclectic local drinks scene in this part of Gloucestershire. Curated by the local teams at Visit Cheltenham and Visit Gloucester, the guide gives you the tastiest tipples and the coolest hangouts across the town destinations.

Whether there's something in the water or an all-embracing atmosphere of hospitality and conviviality across Cheltenham and Gloucester, there's an abundance of artisan breweries, cider houses and distilleries in this part of the UK.

Over recent years, this town and city, which lie just a few miles apart, have earned an enviable reputation for their ales, gins, ciders and perries, many of which have won national awards. 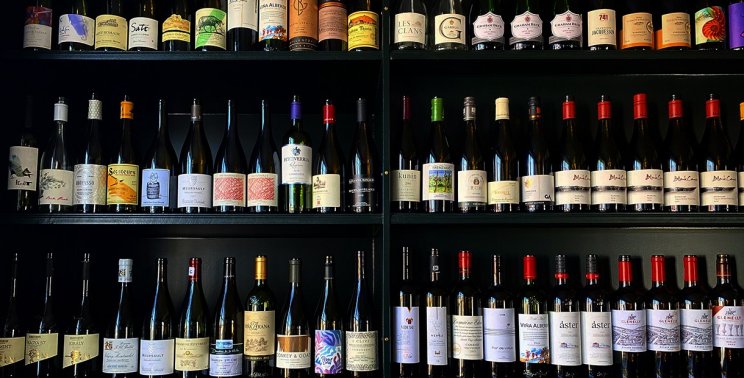 Several of Cheltenham and Gloucester's brewers and distillers welcome visitors to their premises to maybe enjoy a drink in their taprooms, see how their products are made or even have a go themselves.

And look out for locally made beers, ciders, and spirits at farmers' markets, with Gloucester's taking place every Friday from 9am to 3pm at The Cross and Cheltenham's every second and last Friday of the month from 9am to 2pm along The Promenade, and at specialist beer shops such as Favourite Beers in Hewlett Road, Bath Road Beers and The Drinks Agency, all in Cheltenham.

An ale or gin-themed break is a must both for connoisseurs and those who simply enjoy trying something new and different and another great reason to Escape the Everyday and visit Gloucester and Cheltenham.

To whet your appetite further, here's a rundown of the artisan gin, cider and beer makers waiting to welcome you.

Spring water brings a new level of freshness to beers produced by the Battledown Brewery. Founded in 2005 by Roland and Stephanie Elliott-Berry, this company has recently installed new kit that allows it to create an amazing new selection of beers. The range includes the bold, sharp, and hoppy 'London Road IPA'; 'Tipster', which is hoppy and bursting with citrus flavours, and the robust and well-rounded 'Original Ale'. Battledown offers brewery tours and has its own shop. Why not make a day of it and visit the Sibling Distillery, run by Roland and Stephanie's offspring. 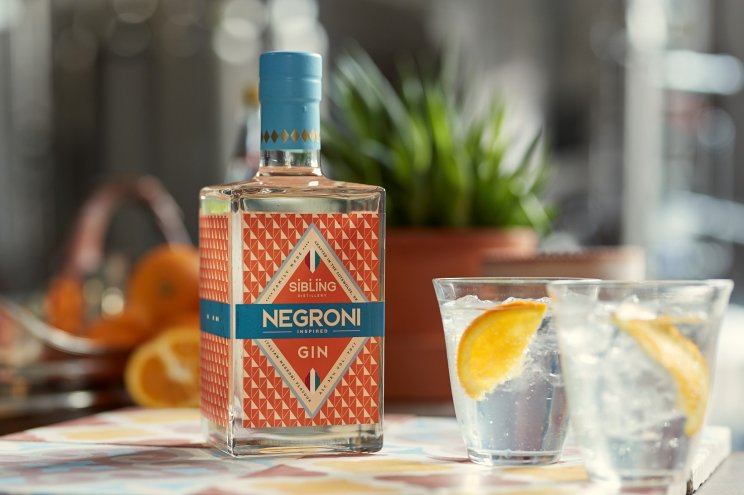 Brothers and sisters Felix, Clarice, Cicely and Digby Elliott-Berry take gin-making very seriously, creating their own vodka from scratch before vapour infusing it with delicate and distinct flavours. Try Sibling Original Gin, which is renowned for its modern, fresh profile with subtle notes of fresh citrus and a light juniper lead, with distinctive tones of vanilla and blueberry, or Sibling Negroni, which is inspired by the classic cocktail famous for its bitter but balanced flavour. The distillery also makes spring, summer, autumn, and winter editions that ring the changes throughout the seasons. Sibling offers regular distillery tours and has an onsite shop.

Juices from distinctively flavoured organic apples and pears are hand blended at Dunkertons state-of-the-art cidery to make its award-winning and Soil Association certified ciders and perries. Founded by Ivor and Susie Dunkerton in 1980, Dunkertons is now run by their son Julian, who co-founded the fashion label Superdry. Visit the taproom, with its street food, music and firepits; book a tour and cider & cheese pairing, take part in a cider masterclass, or peruse the shop.

One man's quest to enjoy a gin with a predominate flavour of ginger led to the founding of Brennen & Brown. Since then, this Cheltenham-distillery has expanded its repertoire to include a variety of flavours, including Pumpkin Spice, Cucumber & Dill, Colonial Gin with French Juniper and various limited editions such as Sloe & Plum, Black & Red Cherry and Plum & Damson. Brennen & Brown offers gin making and tasting experiences. 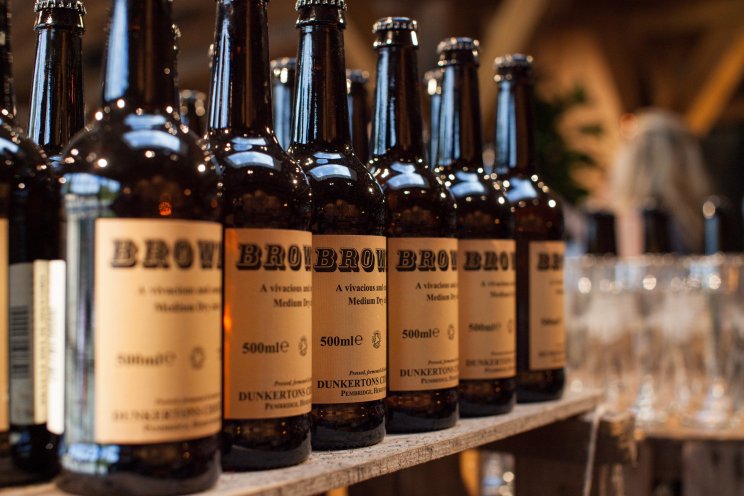 Located at the picturesque Gloucester Docks, Gloucester Brewery's reputation for eco-friendly fine ales has led it to garner several awards, including a SIBA gold medal for its premium keg lager in 2022. Founded in 2011 by chef Jared Brown, the brewery makes everything from traditional classics, such as its Gloucester Gold, to India Pale Ales (IPAs). Fox's Kiln is based at a former docklands malt house close to the brewery and takes its inspiration from Gloucester's heritage and the glorious Cotswold countryside on its doorstep. Its range includes classic, pink, blood orange and rhubarb & ginger gins. Gloucester Brewery's ales and gins from Fox's Kiln can be enjoyed at Warehouse 4, a new taproom and shop at Gloucester Docks. Brewery tours and beer tastings are offered on the second and last Thursday of the month.

For those who enjoy beers that offer freshness and clarity of flavour, Deya Brewery in Cheltenham is a must. Theo Freyne's interest in American beer and culture led him to set up his brewery specialising in traditional British styles and mixed fermentation ales. His range, which includes 'Steady Rolling Man', 'My Life in the Sunshine' and 'Invoice Me for the Microphone' has a focus on soft and intense hoppy flavours. Visit Deya's two taprooms and look out for various events.

Ales from Prescott Brewery are described as 'Great British lubricants' that evoke the golden age of motor sport. Founded in 2008, its best seller is the pale ale 'Hill Climb', inspired by the world-famous Prescott Hill Race Circuit and the winner of a national champion gold medal from the Society of Independent Brewers (SIBA). Prescott Brewery uses water from a borehole and sources its rich malted barley and flavoursome hops as locally as possible. 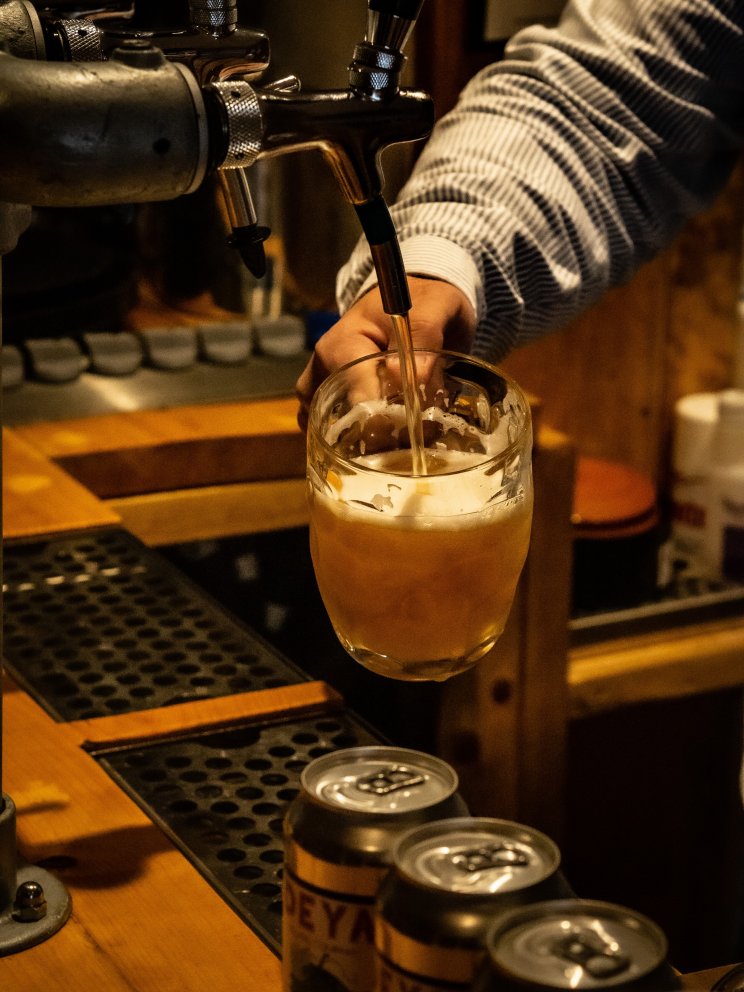 This hip drinks boutique is a new destination hangout in the centre of Cheltenham, specialising in craft spirits and natural wines. The beautifully designed space is split over four floors and offers a shop jam-packed with eclectic buys, micro distillery where they create their own experimental small batch spirits and a relaxing bar. It's also large enough to host regular masterclasses, tastings, and a unique space to hire for parties and events.

The new kid on the blocks is gaining a devoted following for its range of gins that pay homage to the history and heritage of horse racing. Traditional methods are used to create the uncompromising flavours for which Cheltenham-based Steeplechase Distillery is quickly becoming renowned. Its range includes its London Dry Gin, winner of a gold in the 2022 World Gin Awards, which counts Norway spruce among its core botanicals, and Kauto Dry Gin, which uses kaffir lime leaves, stem ginger, pink peppercorns, heather and lavender to create a contemporary flavour. Steeplechase Distillery offers tours, a tasting room and a bar.

The popular microbrewery and pub chain Brewhouse & Kitchen needs no introduction to its many fans across the UK. This company has branches in Gloucester Quays and Cheltenham and offers a range of activities, including a brewery experience day, beer masterclass, whisky and beer pairing and gin tasting masterclass.

For lovers of craft beer, Brewdog in Cheltenham offers some 30 lines. These include ales made by Brewdog itself as well as its favourite local guest breweries.

Loving local - the best of the rest

If you're out and about in Cheltenham and Gloucester, look out for other spirits with close links to the area. These include Neptune Rum, which makes the multi award-winning Barbados Gold, along with the Caribbean Spiced speciality infusion; British Polo Gin, an organic drink made in small batches by artisan makers; The Boutique Distillery, which produces small batch, hand crafted Cotswold Dry and Raspberry & Hibiscus Gins and Haka Rum, and Cheltenham Gin, which uses local spring water and eight hand-selected botanicals.