Party night of house music and drum and bass

Lovers of house music and drum and bass are in for a treat on Saturday night (December 14) when R Kid Promotions stage their launch party at Café Rene in Gloucester. 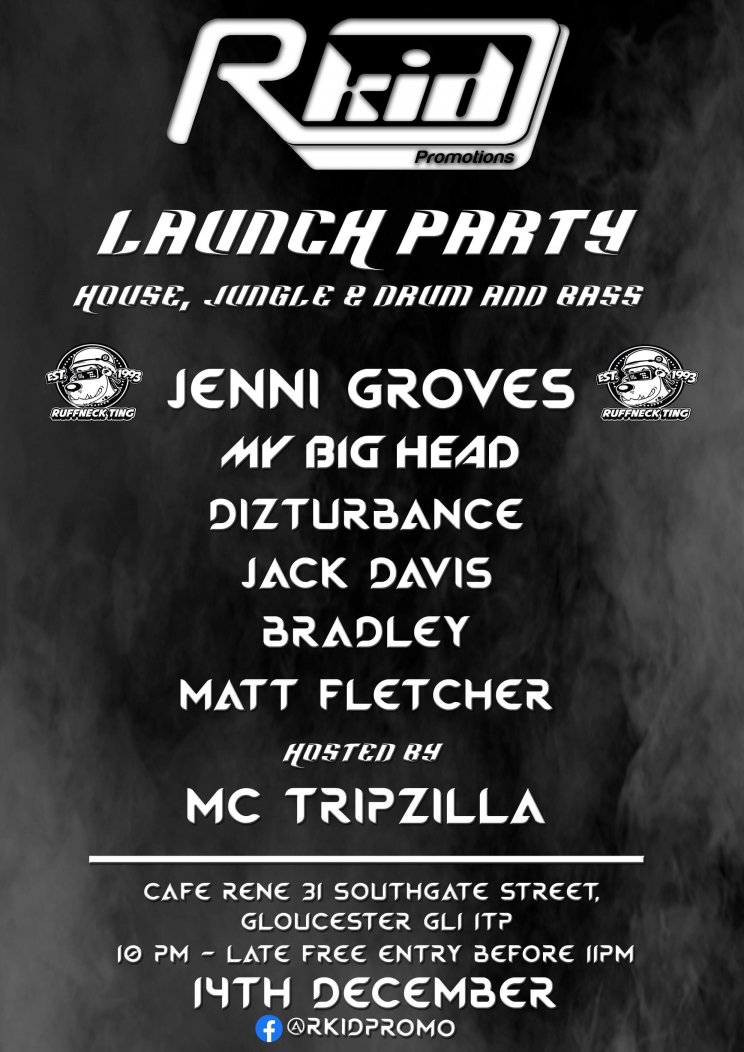 A number of DJs and a MC are being lined up with different experience, some playing out in venues in Bristol and others making their debuts playing out.

Brad explained: "We did a few events and were enjoying doing them and were amazed at how many people loved it, with people coming up to us and asking when the next event was, so we then got some nights at Café René and they went as equally as well, so we then decided to create something proper, and that's when we set up R Kid Promotions officially.

"I am into house and Ryan is into drum and bass and we wanted to create nights that could suit both crowds. We got given a night at Cafe Rene for December 14 and decided to make that our official launch party.

"What people can expect is first and foremost a night with just good vibes, good music and friendly people. All we want from the night is everyone to come and have a good time and leave wanting more.

"We are very eager for this launch to go well as we have also secured New Year's Eve at Café René along with a special guest, DJ Rusher, who is from Kool FM in London."

Brad thanked everyone who had been to one of their events already and also to Café René and The Nelson for hosting them.

Entry to Saturday's party at Café René is free before 11pm.