The new musical stage show, 'The Shades of the 60s' featuring Dan Chettoe as Tom Jones, hits the stage at the Roses in Tewkesbury on Thursday, April 25.

Tom Jones & The Shades of the 60s brings Jones' story of an unprecedented rise through the charts to the UK stage. 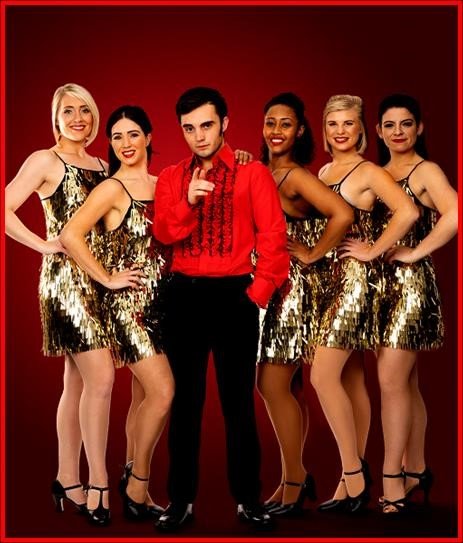 Rediscover his music in hit after hip-rocking hit! Relive his transformation from 60s sex symbol to 70s icon, to his career rebirth in the early 2000s and the legendary status he has today. An exciting and nostalgic journey celebrating the voice and the star, prized all over the world.

The Shades of the 60s series celebrates some of the best known names in pop music from the 60s. In a fabulous two-hour pop song extravaganza, this show will take audiences on a trip down musical memory lane.

Dan thrilled TV audiences with his astonishing vocal performance on 'Britain's Got Talent' when he performed a spine-tingling rendition of Cry Me A River.

He said: "Britain's Got Talent was a really good experience. It gave me the confidence to perform and to really see what my voice could do.

"I've been watching some of the artists' performances on YouTube and I'm discovering a whole new world! I'm very excited about the tour."

Dan and the Shades will perform a catalogue of hit songs that started the pop music explosion in the 1960s and made stars out of thousands of names from the Beatles to the Supremes, from Tom Jones to Lulu and from Gerry and the Pacemakers to Chubby Checker.

To whet your appetite, some of the songs the cast will be performing include It's Not Unusual by Tom Jones; I Only Wanna Be With You by Dusty Springfield; Twist and Shout by The Beatles; Da Do Ron Ron by The Crystals; You Can't Hurry Love by The Supremes; Respect by Aretha Franklin; and Let's Twist Again by Chubby Checker.