Gloucestershire Police Male Voice Choir is celebrating its Golden Jubilee by putting on four special charity concerts this year in what it is calling the 'Four Seasons' Concert Series.

The choir, which was originally formed back in 1970, performs all over Gloucestershire and over the years has raised more than £750,000 for local charities and other good causes. 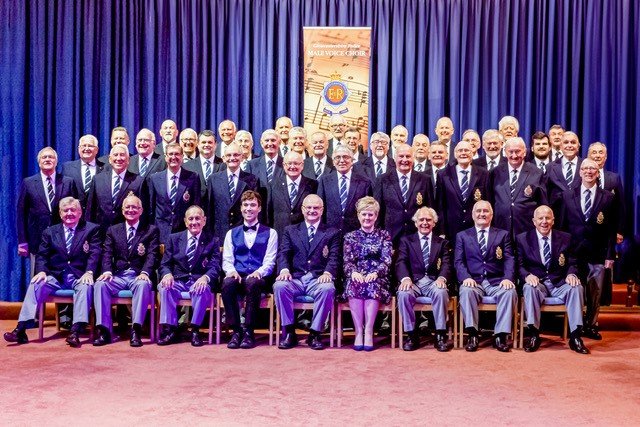 The first of the four concerts is at St Laurence's Church, Stroud, on Friday, March 27 ('Spring') which will be compered by Sabet Choudhury from BBC TV Points West and will feature special guests Bernadette Johns and the cast of Chicago. The concert will raise funds for Stroud-based charity Meningitis Now. 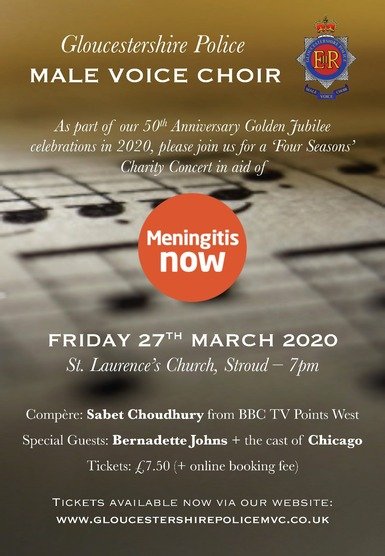 Tickets cost £7.50 (plus online booking fee) and are available from the Gloucestershire Police MVC website.

When it was formed, the choir initially just comprised serving and retired officers from the local constabulary in the county. However, it subsequently evolved into a much more inclusive body, with its membership drawn from all walks of life.

The choir loves singing together and entertaining people with its varied and interesting musical repertoire, which includes modern pop songs, classic standards and lively show tunes, as well as the more traditional hymns and choral pieces that are usually associated with male voice choirs.

Apart from simply having fun singing all these great songs, the reason the choir was set-up in the first place was to help local charities and other good causes to raise money. Other local charities and good causes it has supported include the Festival of Remembrance for the Royal British Legion, Cirencester Open Air Swimming Pool, The Willow Trust and Macmillan Cancer Support.

The other three concerts in the 'Four Seasons' Concert Series are as follows: