Society members are really looking forward to coming back to the wonderful setting of the Abbey to perform again this year and are very excited about performing such a dramatic, atmospheric and thrilling work as Dvořák's Requiem. 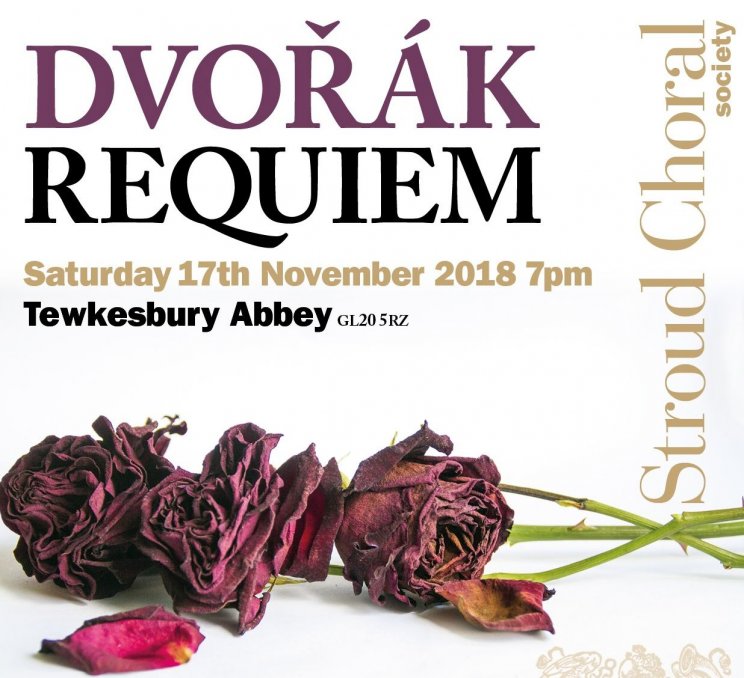 Stroud Choral Society is one of the oldest choral societies in the country being founded in the first part of the 19th Century and currently have around 130 members of all ages.

Antonín Dvořák composed the Requiem at the beginning of his peak creative period. The construction of the Mass is not typical as the composition is divided into two basic parts, each of which begins with the original interconnection of several liturgical sequences.

Dvořák inserted between the Sanctus and Agnus Dei a lyrical Pie Jesu movement based on the final text of the Dies irae sequence.

The Requiem's basic melodic motif is created by two ascending half-tones with an incorporated very sorrowful diminished third, which begins the piece and continues in many variations as the main motif throughout the whole work.

This was performed for the first time on 9 October 1891 in Birmingham with the composer conducting.

The society, along with the Bristol Ensemble and four excellent professional soloists, will be conducted by Huw Williams who is also director of music at Bath Abbey.

Tickets are £20 and £15 (under 18s free) and are available from Stroud Subscription Rooms website, Tewkesbury Abbey gift shop, Tewkesbury Information & Heritage Centre, from choir members and on the door.