The duo have been impressing audiences across the country with their innovative and captivating take on the folk tradition. 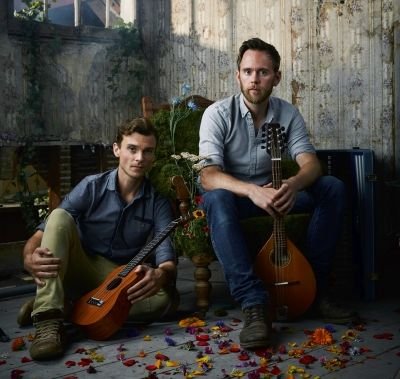 As well as crafting original material, Ninebarrow also take a wide-range of traditional folk songs and rework them in their own, distinctive way.

Not only singers and musicians, Ninebarrow are also equally passionate about the stories behind their songs - combining their music with history, folklore and storytelling. Many of their songs are inspired and rooted in the landscape and history of the British Isles.

The duo were nominated in the 2017 BBC Radio 2 Folk Award 'Horizon' category for Best Emerging Artist and were invited to perform a live session on Mark Radcliffe's BBC Radio 2 Folk Show, where the presenter described their singing as 'A rather lovely thing...like two halves of one voice'.

Ninebarrow's second album, 'Releasing the Leaves', was released to widespread critical acclaim. It was played on the BBC Radio 2 Folk Show and was described by Suzi Klein on BBC Radio 3 as demonstrating the duo's harmonies 'to perfection'.