SoliDeisten - a sextet of Dresden soloists - are performing an informal free lunchtime concert in the Nave of Gloucester Cathedral tomorrow (Friday).

The group joined together in 2016. The centre of attention for the "SoliDeisten" are Bach's motets or arias performed as solo - complemented by works from the Renaissance to the Modern Age set for six voices. 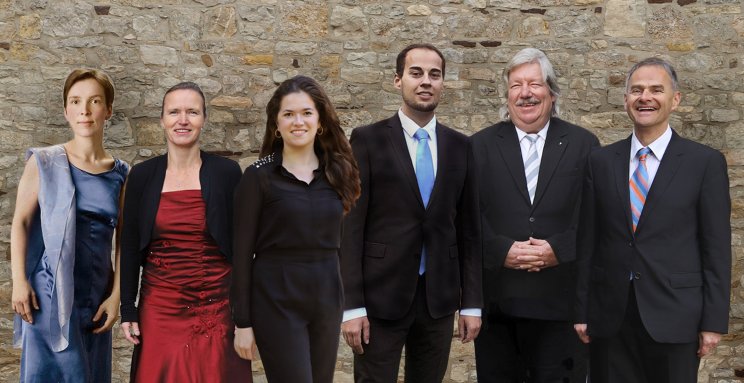 The group is built on two members of the vocal double quartet Collegium Canticum Dresden - Norbert Kohlhaus and Klaus Holzweißig, both of whom attended the boys' choir of the Kreuzkirche in Dresden.

After their joint so called "Kruzianer" time and 40 years of double choir male singing, they're now keeping many well-known works alive by just performing them in mixed voices with three female soloists and one tenor.

Their current programme focuses on Lent and includes Spirituals as well.