The world's finest musicians will make their way to Cheltenham Music Festival (8-16 July) as it welcomes audiences back to full capacity for the first time since 2019.

Michael Duffy, the new head of programming at Cheltenham Music Festival, said: "It's fantastic to be able to fully welcome back audiences to Cheltenham following two years of disruption. As a newcomer to the Festival, I'm hugely indebted to Camilla King, my predecessor, for putting this year's programme together. 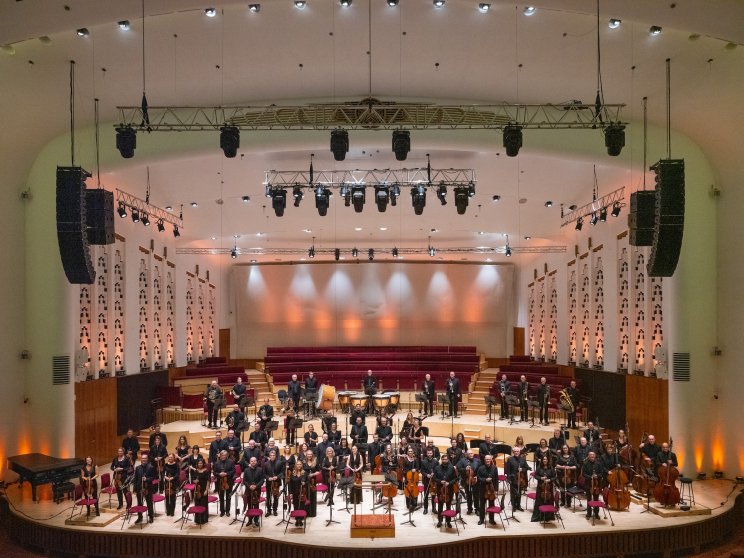 "I hope that audiences will find a rich variety of the familiar and the new, from orchestral spectaculars in Cheltenham Town Hall to more unusual and intimate offerings, international artists and new talent, two new commissions examining the nature of relationships, dance, walks and talks."

The Festival opens on the morning of 8 July with the Kanneh-Mason Duo, siblings Sheku and Isata at the Pittville Pump Room. Later that evening, Tchaikovsky's Violin Concerto in Cheltenham Town Hall will be performed by Sergei Dogadin and the Royal Liverpool Philharmonic Orchestra, conducted by Vasily Petrenko.

Spanning the worlds of classical, contemporary, acoustic and electronic music, the sitar-playing star Anoushka Shankar performs with Manu Delago and the strings of the Britten Sinfonia [9 July]

For a unique Festival experience, 'Music and Mindfulness' hosted by Will Crawford [9 July] will link meditation and the power of music to help to manage stress. Then guests can enjoy champagne afternoon tea in The Daffodil as they watch contralto Hilary Summers and pianist Andrew West take a romp through the wild world of opera where absurd plots and gender fluidity come under light-hearted scrutiny in 'What's So Great About Opera?' [9 July]. 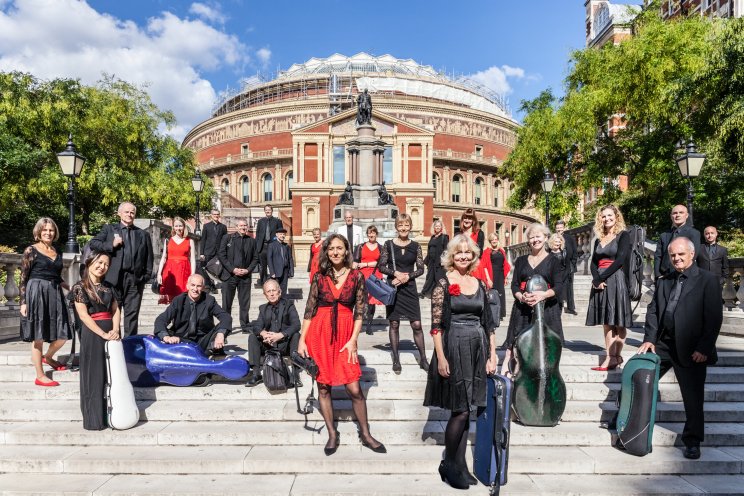 Classical Mixtape [11 July] tears up the concert-going rule-book, with audiences asked to pay whatever they can for their tickets and encouraged to stand, sit or lie down to experience music in the stunning setting of Gloucester Cathedral. The Manchester Collective, the Choir of Merton College, Oxford, accordionist Samuele Telari and organist Jonathan Hope will perform on separate stages dotted around the Cathedral, each short piece followed seamlessly by another.

Leaving the concert-hall behind altogether, In The Footsteps of Ralph Vaughan Williams offers a guided tour around Down Ampney and the countryside where the composer grew up [11 July].

One of the UK's leading choirs Tenebrae performs a special programme of music and spoken voice for its 20th anniversary with the actor Juliet Stevenson. The wide-ranging programme will celebrate love and freedom in the face of adversity, including Poulenc's Figure Humaine, composed in response to the occupation of France in World War II [12 July]. 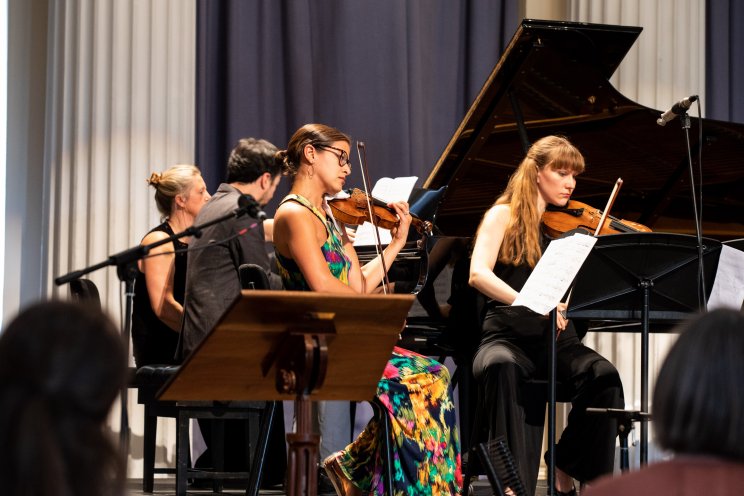 London of the 1720s is vividly brought to life by The English Concert and soprano Anna Dennis who examine the fierce rivalry between Handel and Bononcini - the original "Tweedle-dum and Tweedle-dee" [15 July].

The 2022 Cheltenham Music Festival concludes with Mahler's monumental Symphony No.8, often referred to as the 'Symphony of a Thousand.' Performed in the majesty of Gloucester Cathedral by the British Sinfonietta, Choristers of Gloucester Cathedral, multiple local choirs and leading soloists conducted by Adrian Partington [16 July].

As a renowned champion of new music, this year's Cheltenham Music Festival will present Distance, a ground-breaking multimedia chamber work by Laura Bowler [10 July]. While soprano Juliet Fraser performs live in Cheltenham, the Talea Ensemble will be livestreamed from New York. The work focuses on the psychological distance from Earth's environment when travelling by plane, as well as the psychological impact of air travel on passengers. 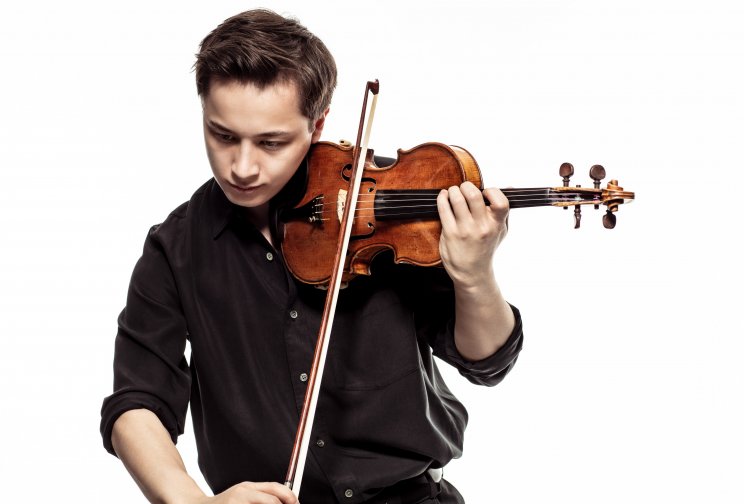 The world premiere of Conor Mitchell's settings of correspondence between Benjamin Britten and his partner Peter Pears, celebrates the universality of love [16 July]. This concert, 'Look Both Ways', will also premiere Claire Victoria Roberts' set of miniature works inspired by the letters between Kurt Weill and Lotte Lenya, alongside Bobbie-Jane Gardner's arrangement of Odetta's iconic 1970s song: Hit or Miss.

Talent development has long been a focus of the Festival, and this year it continues its partnership with the BBC Radio 3's New Generation Artists with four lunchtime recitals, all broadcast live on BBC Radio 3. This year's artists include mezzo-soprano Helen Charlston [12 July], pianist Tom Borrow and Quatuor Arod [13 July], violinist Johan Dalene [14 July] and pianist Alexander Gadjiev [15 July].

Audiences will also get the chance to attend four 'Rush Hour' recitals in St Gregory's Church featuring accordionist Samuele Telari [12 July] and cellist Leo Popplewell [15 July] as well as a finalist of BBC Young Musician of the Year 2022 and the winners of the 2022 Gloucestershire Young Musician Competition and Keith Nutland Award, both of which will be announced at a later date.

Reaching out to younger audiences too, schoolchildren across Gloucestershire will visit Cheltenham Town Hall during the Festival to participate in Concert for Schools, an interactive concert presented by Musicate musicians to inspire young people's enthusiasm for classical music. Added to this, the Festival's first ever Relaxed Concert for Schools is an adapted performance, devised to welcome children, young people and their teachers from the SEND (Special Educational Need and Disability) sector.

And the Composer Academy, part of the festival's Spotlight Talent Development Programme, returns this year from 11 - 15 July. The scheme supports early-career composers (aged 18+), offering them professional advice and mentoring. This year will see six composers work with Composer Academy Director Daniel Kidane to workshop, perform and record their works with artists including renowned harpsichordist Mahan Esfahani. The composers will also have access to industry professionals in a series of panel talks discussing craft and contemporary aesthetics along with career development. The final day of Composer Academy will run alongside and as part of 'Composium', where all six compositions will be premiered.

Full festival details can be found at www.cheltenhamfestivals.com/music