Chris was born in 2000 and grew up in Bridlington, East Yorkshire where he began playing the piano at the age of seven. 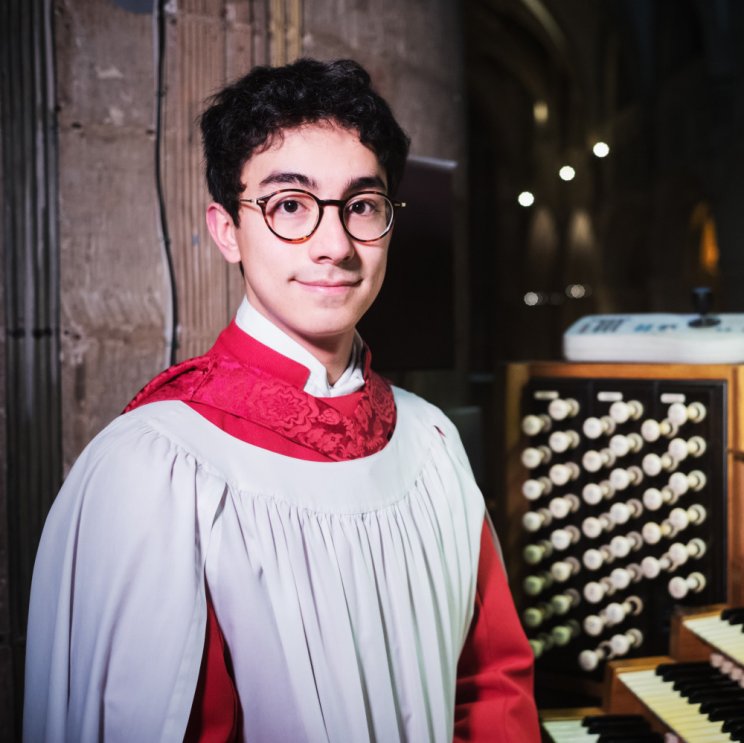 He joined the Bridlington Priory Choir in 2010, and in July 2012, took up the organ. Shortly after, he was offered an organ scholarship from the newly established Dr Martin Clarke Young Organ Scholars' Trust.

Since then, he has had a strong passion for playing organ and accompanying choirs, being inspired and encouraged by the many renowned organists and composers associated with the Trust, notably Robert Sharpe, Benjamin Morris, Francis Jackson and Philip Moore.

Chris joined Ampleforth College as a music scholar in September 2013 where he continued the organ with the Abbey organist William Dore, passing his ARCO Diploma in July 2018.

Chris is currently spending a year as the Organ Scholar of Gloucester Cathedral under Adrian Partington.

His weekly duties include regularly accompanying and assisting in the training of the three choirs of the cathedral and the numerous choral societies in the area.

This Autumn Chris will become the junior organ scholar of King's College, Cambridge, where he will be one of two accompanists for the world famous choir whilst studying for a music degree.