A touch of winter madness in reinvented classic tale

Gloucester-based Rain or Shine Theatre Company are bringing their comic retelling of the classic tale The Wind in the Willows to various venues in Gloucestershire over the festive season.

The fast-paced show follows the adventures of handsome Ratty, innocent Mole, wise Badger and of course the incomparable Toad as they row, ride and run on and around the banks of The River in an escapade suitable for the whole family.

Hailed as "a delicious mirthfest", Rain or Shine will once again be reinventing a classic using their now signature 'Morecambe & Wise-ish comedy' style for another season of adventure, mayhem, but above all multi-role madness! 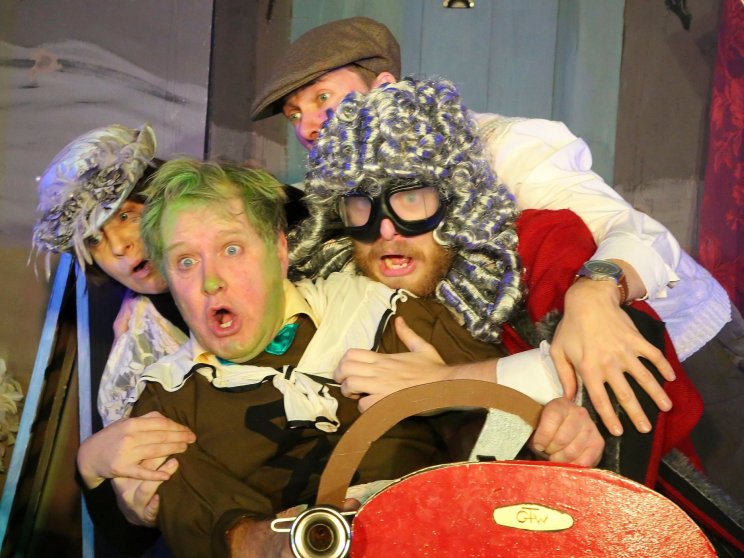 Rob Keeves, who has adapted the story for Rain or Shine, said: "The Wind in the Willows is such an endearing and exciting tale of friendship and adventure that adapting it onto a stage show has been an absolute pleasure! It has been fantastic to watch the characters of Mole, Ratty, Badger and Toad come alive in rehearsals.

"The show is packed with fun and laughter for the whole family. We've tried to keep the magic that has made the original story a timeless classic and then added in some of our traditional Rain Or Shine winter madness!"

The company have been performing at various London venues this week but are set to return to Gloucestershire at the weekend. Local upcoming dates are as follows: