Work to transform one of the busiest routes in to Gloucester starts today.

The £3.8 million overhaul of the Cross Keys roundabout will take four months, although the work will be carried out outside of peak hours.

The overhaul will see the roundabout and the roads off it transformed in order to ease the congestion on one of the main routes between the M5 Mortorway and the city.

Gloucestershire County Council have appointed Welsh contractors Alun Griffiths Construction Ltd to do the work, that is set to cost £3.851 million, £2.7million of which came from the Government. 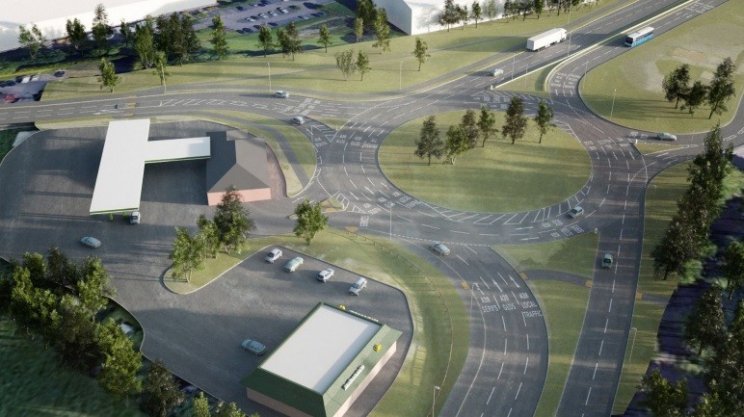 The council called the Cross Keys a "strategically important part of the road network in Gloucestershire."

Major developments in the area, including the new Hunts Grove housing estate will further stretch the capacity of the A38 and B4008 junction and links to the M5.

The work will see the section of road linking junction 12 and the roundabout widened to three lines.

From the north, another exit lane will be added to improve flow to and from the roundabout.

According to the council the work will "increase junction capacity and reduce the queue length on approach arms, and specifically reduce any impact on M5 Junction 12."

The work is expected to last until the Autumn with crews working between 9.30am and 3.30pm each day, along with some evening and weekend working, in order to avoid the busy rush hour peaks.

The new layout is the latest development on a key arterial route into the city, following the £9million upgrade to the Elmbridge Court roundabout.