"Without George Henderson, there would have been no Punchline"

Tributes have been paid to the former Punchline journalist who is credited with coming up the name of the magazine and website. 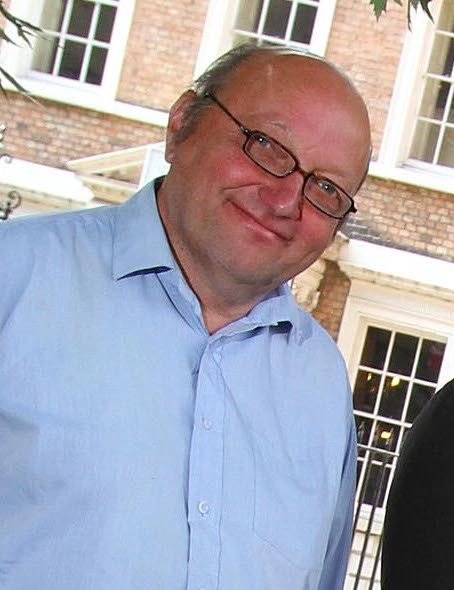 George Henderson, who has died at Gloucestershire Royal Hospital, worked for Moose Marketing for seven years from 2007 during a career which also included stints with the Citizen and Forester newspapers.

And Punchline-Gloucester.com editor Mark Owen said his legacy will live on.

He said: "George came up with the name. We were about to produce the first magazine and looking for a title and he came up with it - it's all about the Punchline.

"Without George, there wouldn't have been a Punchline."

And Mr Owen feels his impact continues to be felt on the company.

"He was a brilliant writer," he said. "We have always had excellent writers at Punchline and he led the way with that.

"He had an encyclopaedic memory of people and places which really helped us to get established.

"We had a lot of interns and he was brilliant with them, he always had time and enthusiasm for them."

Ian Mean, the Gloucestershire director of Business West, was editor of the Citizen and remembers Mr Henderson as a great writer

He said: "He had a way with words like very few reporters I have employed over the years.

"In his beloved Forest, he was seen a something of a legend. He chronicled parish pump news and big stories with the same flowing prose.

"They don't make reporters like George any more. Newspapers and stories were his life."

Mr Henderson lived in Cinderford after moving to The Forester newspaper when he left the Citizen,

Viv Hargreaves, who edited the paper from 2000-13 having worked with him at the Citizen, said: "George Henderson could fill a newspaper single-handedly - such was his ability to assimilate facts and present them in impressive prose.

"He was, without doubt, one of the best journalists in the region and I was lucky enough to lure him away from the features desk at the Citizen, where we both worked in the 1990s.

"He joined me as deputy editor when I took on the editorship of The Forester newspaper in 2000 - the year Northcliffe Newspapers bought it from the Bright family."

She continued: "It had taken a bit of persuading plus several pints at our watering hole, The Fountain Inn in Gloucester.

"Joining the paper meant a dramatic change of scenery for the Cheltenham-based newsman, who had to swap evenings at The Retreat for pints at the Golden Lion in Cinderford - along with cycle rides through the Forest, instead of battling with traffic along the Golden Valley.

"He didn't drive and that never seemed to be a problem, partly because there was usually a photographer heading off to whatever breaking story we were covering.

"George would work all hours but there was a point in the day - about opening time - when the call of the Golden Lion would necessitate a short walk up the road.

Yes, he was an old-fashioned journo in that respect - an era which has long gone. But he mastered all the new technology and was not only filling pages but sub editing them onscreen as well."

"George was erudite, well-read and wrote poetry in his spare time. He lived alone in a flat on Edge Hills Road, Cinderford, overlooking the River Severn on one side and the Welsh hills the other.

"His was a quietly remarkable life and I hope his family treasure his writings."