Record labels are set to make more money this year from the sale of vinyl records than CDs for the first time since the 1980s.

Pandemic music buying habits have accelerated the revival of the classic LP, with UK labels seeing a 30 per cent boost in vinyl income to £86.5m - the highest total since 1989, as reported by The Guardian.

It seems that fans unable to attend live concerts over the last year have chosen to spend the cash on building up their record collections instead. 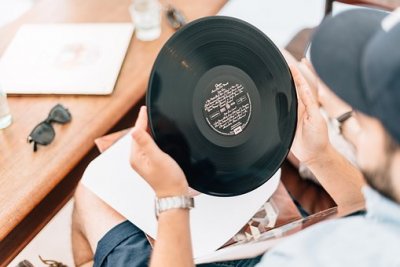 UK music industry body the BPI says vinyl sales are on track to overtake CDs for the first time since 1987, when T'Pau and Rick Astley topped the charts.

Sales of CDs have continued to fall as music fans increasingly turn to streaming. Record labels reported an 18.5 per cent drop in income from CD sales last year to £115m. Compare this to 2010, when the CD market was worth £563m to UK record labels, while income from vinyl was just £3.5m.

The BPI said that music fans are choosing vinyl to complement their streaming habits. It said the amount of music streamed in 2020 was up 22 per cent on 2019 - increasing streaming income to £736m.

The best-selling vinyl titles of 2020 were:

3 Amy Winehouse - Back To Black