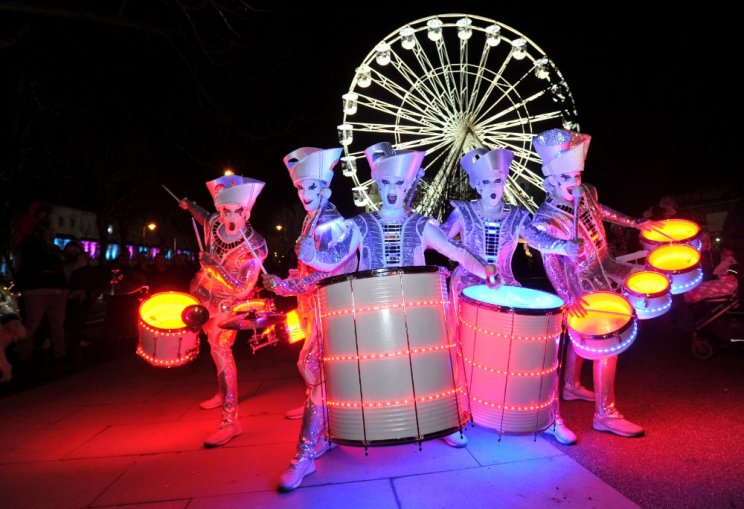 The LED drummers made their way from fast-growing The Brewery Quarter up town's famous The Promenade to Imperial Gardens, home to the 35-metre wheel.

A range of colours will be displayed on the town's landmark buildings throughout the event- with everything turning red for Valentine's Day on February 14.

The wheel was a great success with non-stop queues for the most of Saturday evening. 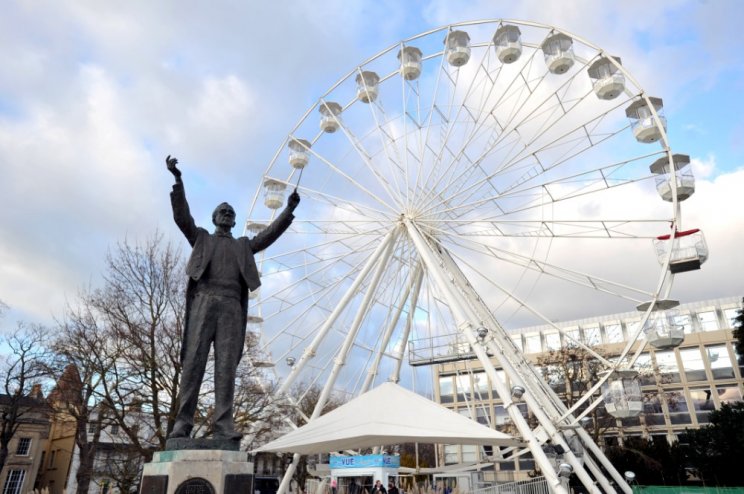 Kevan Blackadder, BID director, said: "We're delighted it's already proving so popular and will certainly think about bringing it back for future events."

The neighbouring Garden Bar in Imperial Gardens was open from 6pm-8pm to the public during the Light Up launch.

Sophie Wrench, from Glorious Events at the Town Hall, said: "What a fantastic event. It was great to support Cheltenham BID and to see Cheltenham' s community come together."

Further entertainment will be provided by the Photon Juggling Glow Show, who will perform on High Street on Saturday, February 16, at the start of the half-term holiday. 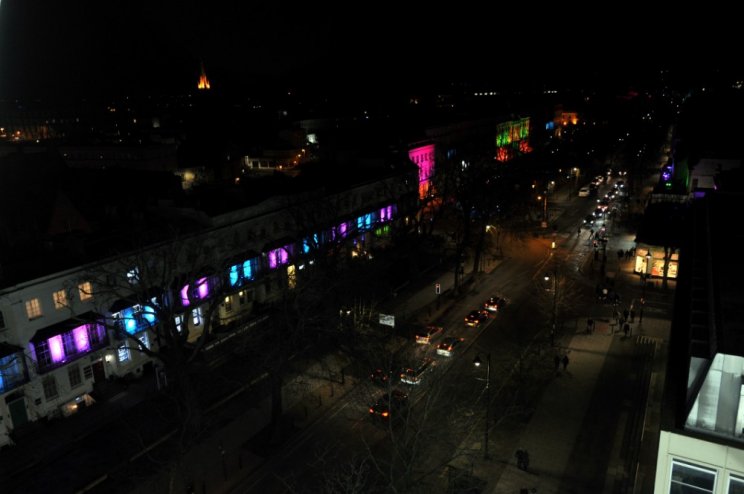