Tributes have been pouring in to Gloucester publican and businessman Paul Soden who has died, aged 64.

Mr Soden, who owned five pubs and restaurants in Gloucester, including Café René, the Old Bell and the Fountain Inn, has been described as a "legend". and a "powerhouse of a man". 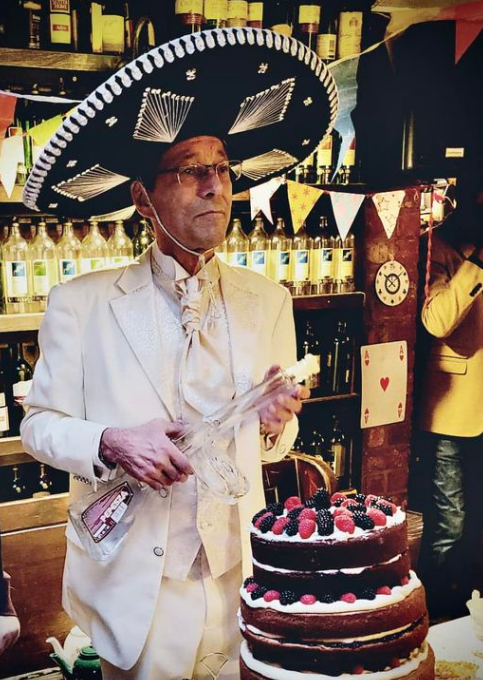 A statement from Café René yesterday said: "It is with heavy hearts that we have to tell you that after a short illness Paul Soden lost his battle and peacefully passed away this afternoon.

"Cafe Rene will be closed as a mark of respect and will reopen in due course. We ask that you respect the privacy of his family and close friends at this difficult time."

Born in Berlin, Mr Soden's father worked in the Foreign Office which saw the family live in China for a time during the Cultural Revolution. He ended up in a private school in Buckinghamshire.

Mr Soden studied economics and politics at university and got a taste of the pub trade when his parents bought a pub and he worked there every holiday.

Mr Soden then opened his own brewery in a shed in Upton-upon-Severn and was one of the first independent breweries in the country.

He later took on a derelict pub in Worcester and turned it into one of the most successful pubs in the city.

Mr Soden took on a run-down Café René in Gloucester about 20 years ago and again turned it around into a success story, gradually taking on the other pubs.

During an interview with Punchline during the second lockdown, he said: "There's so much history to each of the pubs and they're all different. You have to enjoy what you do. I'm passionate about food and it has to be done my way. At Café René we have become like family. I had very few staff who have been with me for a very short time."

Punchline editor Mark Owen, who got to know Mr Soden over the years, said today: "He was a regular business breakfast briefer on Punchline and we did his life story on video. He was charismatic and one of those colourful characters in life.

"He spoke his mind and told it like it was and there won't be another one like him in Gloucester. He was one of a kind, just a great entrepreneur and a nice man."

More than 400 people have taken to Facebook to pay tribute to Mr Soden.

Dave Seed commented: "He pretty well single-handedly rebuilt the pub culture in Gloucester and kept it going despite floods and epidemics. Will be hugely missed."

Dave Heywood commented: "RIP Paul. Gloucester will not be the same without you, and is a far, far, better place because of you. Every time Paul saw you, you had a smile and felt love and attention. Very few people like that in the world. It's a poorer place with you no longer here."

Keith Reynolds commented: "I have many memories of my days chairing Gloucester Licensed Victuallers Associations and discussions with Paul during those times were always interesting and his comments and contribution was always welcome. He was a fun character who brought life and laughter to his venues in the City of Gloucester."

Former Gloucester City Council Leader Paul James commented: "So sorry to hear this. Paul was one of Gloucester's great characters. I have many fond memories of him. He will be greatly missed."

Neil Galling commented: "Awful news. Paul was such a legend and a lovely man. He made Café René a destination."

Rhonda Lytle Sheppard commented: "Paul was such a charismatic, kind, friendly man and he will be so greatly missed. He will always be remembered for the life and the joy he brought to all who knew him."

Caitlyn Anderson commented: "So much support and love we all received from such a powerhouse of a man."

The Gloucester-based James Hopkins Trust commented: "So much love from everyone at JHT, we will miss Paul very much and are so very sad to read this. Paul was one in a million."