Billions of pounds looks set to be injected into British tourism in the wake of the national lockdown. 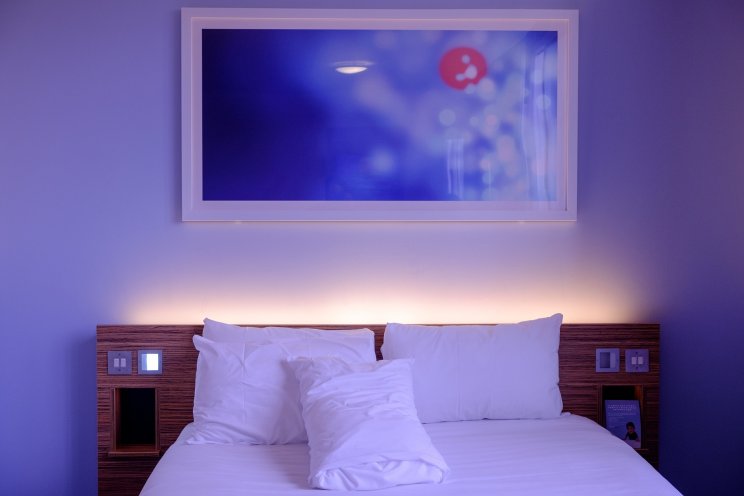 As much as £22 billion could be generated into the industry as tourists seek UK staycation holidays and breaks.

And holidaymakers are expected to flood to the South West as one of the most popular UK destinations.

A report published today says customers are more likely to indulge on room upgrades, spa treatments and afternoon teas after enduring months indoors thanks to the pandemic.

The report by property specialists Colliers is predicting a bumper year for hoteliers - as much as £22bn into the economy - with a further potential of £5bn worth of long-term benefits.

Marc Finney, head of Hotels & Resorts Consulting at Colliers, said: "This summer will see a boom in UK staycations, and we are predicting there will also be an unprecedented demand for quality of experience.

"Guests will be seeking luxury and treats following the stresses of the pandemic lockdowns, resulting in an increase in spending within hotels in the form of room upgrades and more expensive meals, and also indulgences such as spa treatments, and afternoon teas.

"Our research shows that UK citizens spent £54.8 billion in 2019 on overseas leisure travel, and we estimate that if just 40 per cent of that is instead spent in the UK this year, it would represent an additional £22 billion for domestic tourism.

"UK hoteliers have a once in a lifetime opportunity this summer to attract people who would previously have chosen to travel abroad for holidays and weekend breaks, and if they get it right by giving guests an exceptional experience, they will benefit from future bookings and transform the domestic tourism industry instead of just experiencing a one-off bounce.

"Although the percentage of people who holiday in the UK next year is likely to be lower, there would still be significant benefits if only around 10 per cent of those who would previously have gone abroad instead choose to holiday here, as this would add around £5.5 billion to the domestic tourism industry."

The report 'UK Staycations 2021: A Year of Opportunities', highlights that even before the outbreak of the COVID-19 pandemic the UK had a high level of domestic leisure travel at 65 per cent of all overnight spend in 2019, totalling £96.6 billion, and this increased to 71 percent in 2020.

It shows that people now have more money to spend on holidays and weekend breaks as a result of being unable to spend much during lockdowns, resulting in savings ratios in 2020 reaching 15.8 per cent of income against a long-term average of 6.5 per cent and creating £140 billion of additional savings, of which some is expected to be spent on travel and hospitality.

Ben Godon, head of the Hospitality Asset Management team at Colliers, said that the predictions in the report were already being borne out by the levels of increased business on the books of the luxury hotels looked after by his team.

"For the forthcoming three months there have been at least double the bookings that there were for the same time in 2019, and in some instances there have been three times the amount," he said.

"It looks like it will be a bumper summer season for some locations, which is very welcome news indeed."

The report predicts that the top UK locations for demand in 2021 will be Bournemouth, Eastbourne, Plymouth, Brighton, Bath; Norwich, Blackpool and Southampton. These cities and towns were all popular staycation destinations in 2020 and are expected to continue to attract domestic holidaymakers this year.

While the trend last year was for coastal and country destinations, the report predicts an increase in demand for city breaks in 2021 as a result of the reopening of cultural attractions such as theatres and museums, as well as the return of sporting events and concerts. Colliers anticipates that the main beneficiaries will be London, Edinburgh, Glasgow, Manchester, Bristol, Cambridge, Liverpool, York and Stratford upon Avon.