A topping out ceremony has been held to mark a milestone in the creation of Gloucester's £107m new digital quarter The Forum.

The development is being brought forward by Gloucester City Council in partnership with Reef Group. 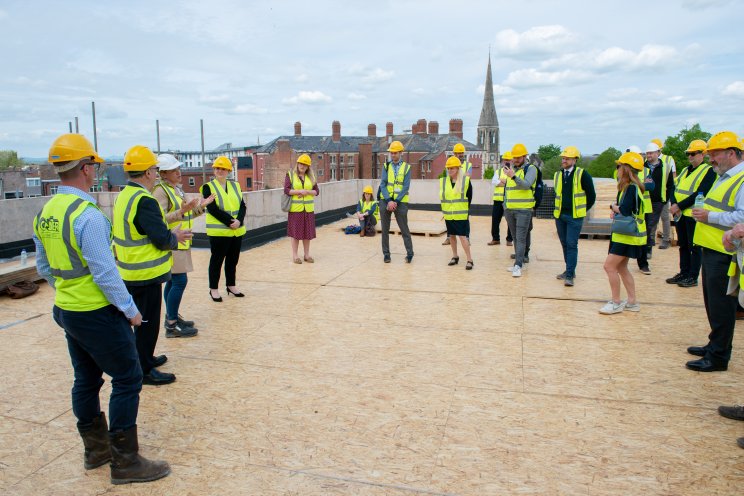 Construction company E G Carter & Co Ltd has reached the highest point of the build of Phase One of the development in the city centre area formerly known as Kings Quarter. 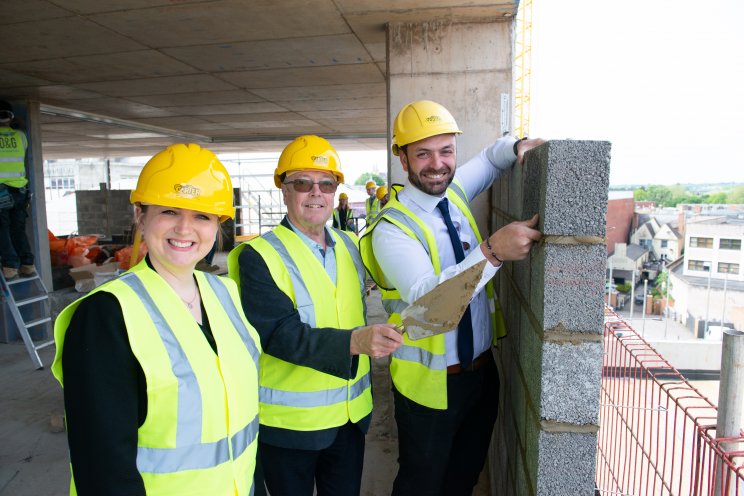 Gloucester-based E G Carter & Co Ltd started work on Phase One of The Forum in summer 2021. This phase will see the creation of 19 apartments with views to Gloucester Cathedral along with 5,000 sqm of retail space to be occupied by Tesco. It is expected to be completed by autumn 2022. 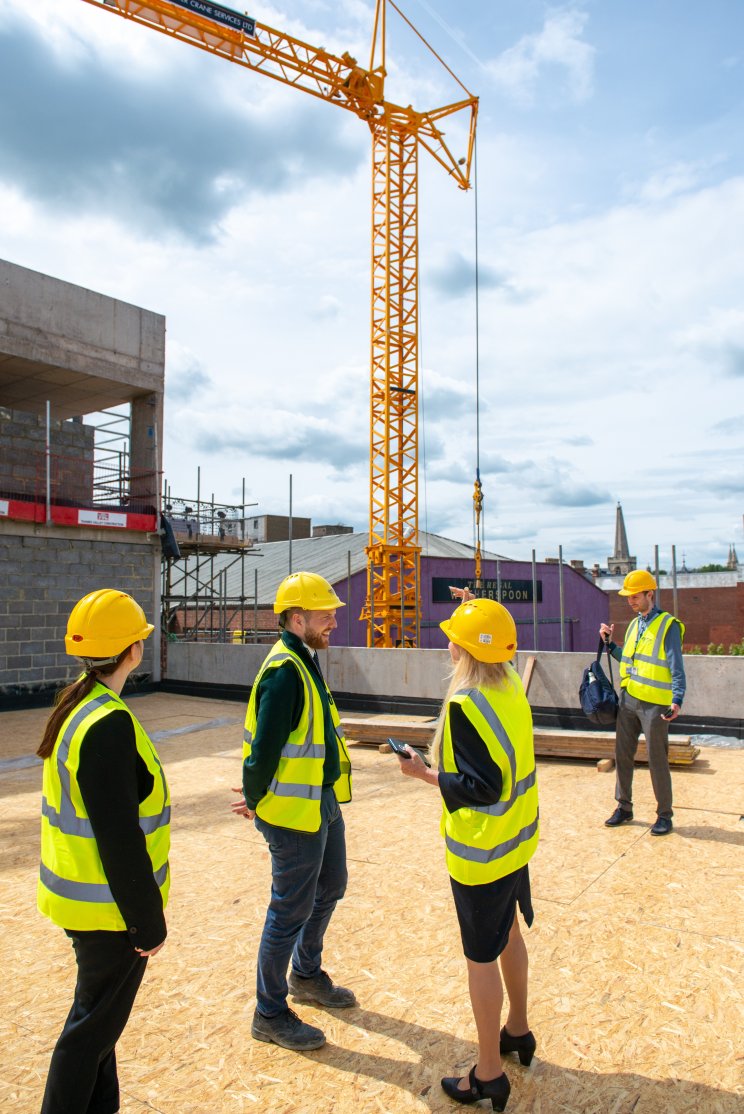 E G Carter & Co Ltd's successful bid for Phase One followed the firm's appointment by Gloucester City Council in 2020 to work on the £5m transformation of King's Square, which was officially launched on Saturday, April 30, with a day of dance and music performances highlighting the space as Gloucester's new, world-class destination for cultural activities.

In February, Kier was appointed as main contractor for Phase Two of The Forum which will see the main campus of The Forum delivered. This includes 135,000 sq. ft. of Grade A workspace alongside a 130-room 4-star hotel, rooftop restaurant and bar, state-of-the-art digital conference facilities, a 9,000 sq ft wellness centre and a member's club.

The Forum is part of wider regeneration underway in the city centre and a central part of the council's King's Quarter regeneration, which will deliver two acres of pedestrianised public space. The digital campus will be at the forefront of digital innovation providing one of the most digitally connected and cyber-secure developments in the country.

The Forum is expected to complete in summer 2024. Reef Group has appointed agents JLL and Bruton Knowles to target local, national, and international tech occupiers.

For further information on The Forum visit www.forumdigital.co.uk