The holiday company has confirmed it needs £200m to fill a big hole in its finances, as reported by Sky.

Thomas Cook has been bombarded with queries from concerned tourists, after it was revealed the company was frantically trying to raise the additional cash. 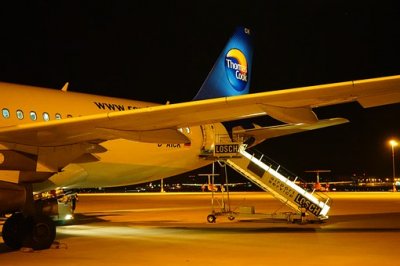 The company is reported to be examining every possible funding option. Currently 20,000 jobs are at risk, including 9,000 in the UK.

But on Twitter, the company has been trying to reassure customers that all holidays and flights are operating as usual.

The Civil Aviation Authority (CAA) and Department for Transport (DfT) are keeping track of developments and are understood to have begun drawing up contingency plans, including leasing the aircraft required to bring customers home.