The Trouble with Twitter: The BBC Tory leadership debate and the Gloucester Imam

You are probably aware of the storm that erupted recently following the appearance on the Conservative leadership TV debate of Gloucester Imam Abdullah Patel, who had a question for the assembled delegates.

Trouble arose after it was revealed Mr Patel, who also works at a private girls' school in the city, had made allegedly anti-Semitic comments on Twitter. 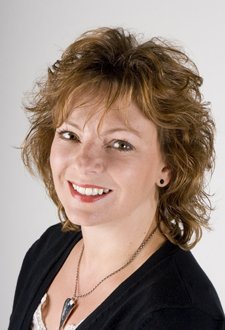 Despite Mr Patel's Twitter account being suspended at the time rendering his comments invisible, it was largely the BBC who were criticised for the failure in their vetting procedures.

After re-activating his account and thereby revealing his posts however, Mr Patel was himself suspended of his duties, both at the Mosque where he serves, and at the school where he holds the position of deputy head.

We asked Cathy O'Donoghue of local HR consultancy, HR Champions, for some comments.

"This case once again shines a light on the need for employers and organisations to ensure that they maintain a robust social media policy and that employees and related parties understand the consequences of failing to abide by it.

These days we have come to expect politicians and those in the public eye to have their social media accounts trawled for information that is 'juicy' or deemed to be in the public interest. But individuals should understand how social media comments can affect their jobs and job applications.

An innocent comment about an individual's bad day at work for example, intended only for a close circle of friends and family, can have serious consequences if it gets shared further afield or ends up going viral. Bringing your employer into disrepute can be classed as gross misconduct and therefore a dismissible offence.

Unless there is a direct link to a company for which a social comment could have a detrimental effect, taking action against someone might be somewhat tenuous. However, a post that's accompanied by a photo or video where the company's logo is clearly visible, on a tee shirt or van perhaps, will likely be enough to make that link.

Facebook faux-pas we have been asked to deal with at HR Champions have usually been where employees have posted threatening or abusive comments towards managers or colleagues, or where misbehaviour has been videoed and posted by employees who should have been at work.

We have once dealt with a case where an employee posted holiday photos on social media whilst claiming to be off sick.

A social media policy should give a clear and unambiguous message about what is and what isn't acceptable. Keep it up to date too. Technology moves so fast it's important that your policies keep up. It might also be a good idea to think about educating your staff how some social media platforms work. Just knowing how to activate privacy settings might be enough to save someone embarrassment, or even their job.