Sunday Times falls out of love with the Cotswolds

For months The Times raved about life in the Cotswolds, full of rolling hills, pretty villages, cosy pubs and community spirit - but has the pandemic changed that? 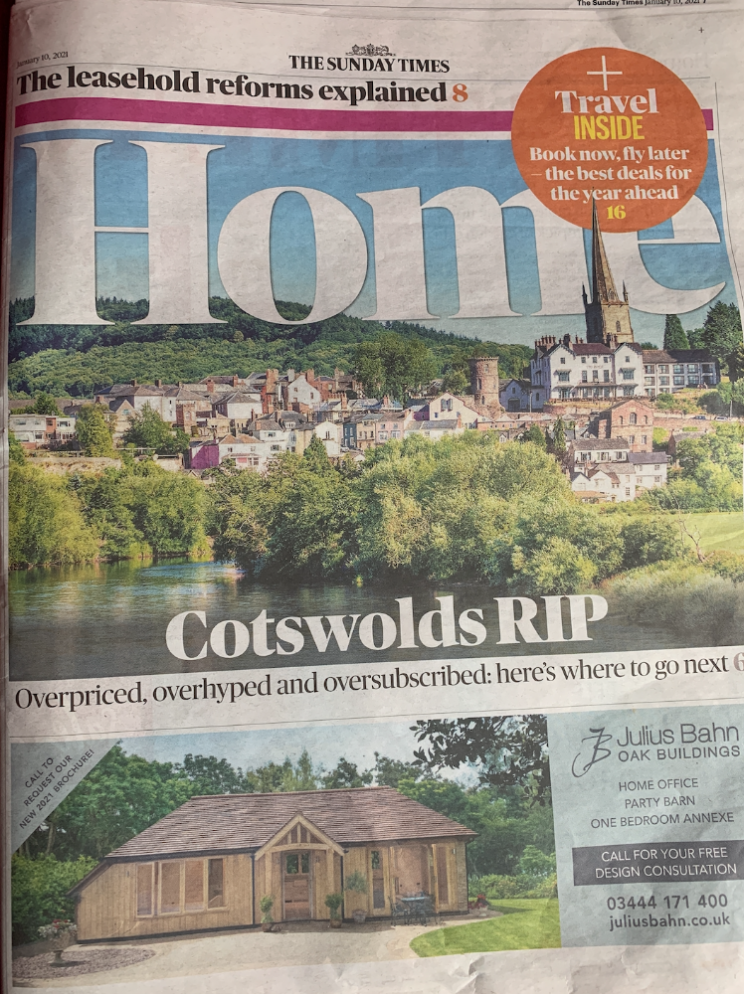 The front page of this week's Sunday Times Home section bears a different message with the headline Cotswolds RIP suggesting a change of heart.

The feature, subtitled 'Overpriced, overhyped and oversubscribed: here's where to go next', looks at how the Cotswold housing market has become less appealing as a result of the coronavirus crisis.

Rural buying agent Jess Simpson told The Sunday Times" "There is such an obsession with the Cotswolds.

"When people decide to move out of London there are so many choices you just tend to follow the crowd and move where your friends are going. But the Cotswolds have become oversubscribed and overvalued."

Estate agents Savills said that there was a year-on-year 141 per cent increase in £1million-plus sales in the Cotswolds between June and November.

The article goes on to suggest other regions for house hunters to explore, that feel "a bit more real and down to earth, like the Cotswolds did 10 years ago". 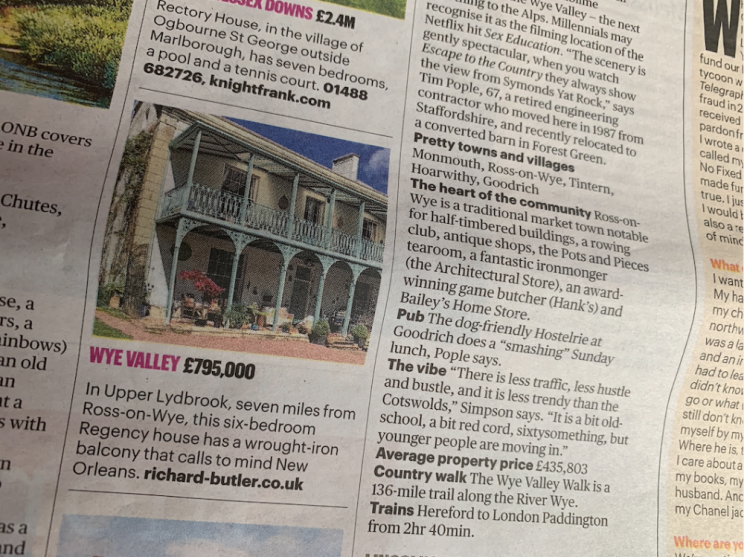 Listed as a 'buy off the beaten track", one  property highlighted is at Upper Lydbrook in the Forest of Dean.

Described as "seven miles from Ross-on-Wye, this six-bedroom Regency house has wrought-iron balcony that calls to mind New Orleans", the home is on the market for £795,000. 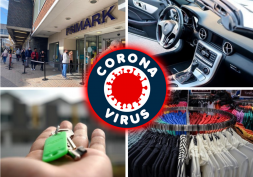