The new name for Merrywalks Shopping Centre has been revealed

Merrywalks is no more, the shopping centre in the centre of Stroud will now be known as Five Valleys.

The new name is part of the centre's major and ongoing transformation with a tiled wall bearing the Five Valleys moniker is now in place at the car park entrance. 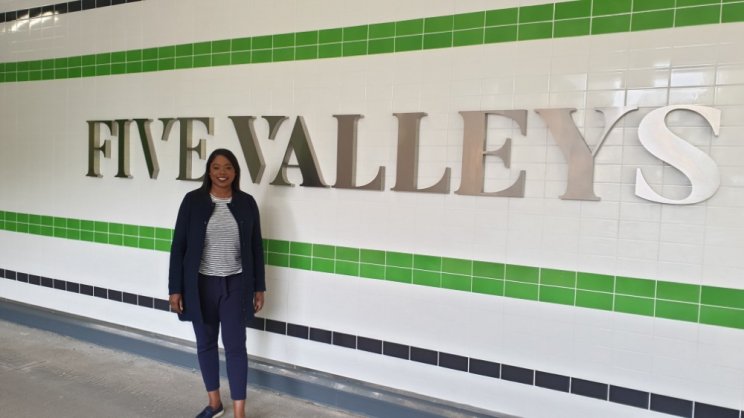 The centre's website is now live at www.fivevalleysstroud.co.uk while a new glazed canopy at the King Street pedestrian entrance will also bear the new name when it is installed later in the month.

The name Five Valleys was selected from hundreds of suggestions put forward by primary school pupils in a competition which was held last year by Five Valleys developers and owners Dransfield Properties Ltd.

The children were encouraged to research the history of Stroud and what the town means to them. This research then inspired them to come up with ideas which best represent the town.

The judges chose the name Five Valleys which was suggested by Ivy Rooney aged 10 and Archie Gittins from Rosary Catholic Primary School and Amber Clements aged 7 from Callowell Primary School.

This competition was judged by the Managing Director of Dransfield Properties, Mark Dransfield and the Leader of Stroud District Council, Cllr Doina Cornell.

Dionne Moore, Centre Manager of Five Valleys said 'We are excited to start the rebranding process and to embrace the new name of the centre, we're delighted it was chosen by the younger generation.

"Its great to have a new name and brand for the centre alongside the major transformation that Five Valleys is currently undergoing.

"We have many more exciting plans throughout the development process that we are looking forward to engaging with the local community about. " 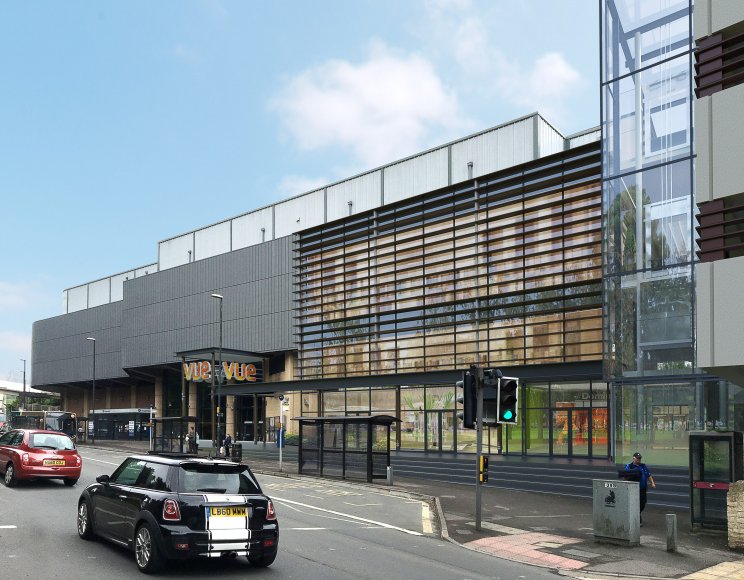 The pupils will be invited to take part in a special unveiling ceremony when the glazed canopy is put in place later in the month.

The redevelopment of the centre (right) is supported by a £1 million loan and a £3 million grant from GFirst LEP working in partnership with Dransfield Properties.

The phased redevelopment has already delivered major changes to the interior of the multi-story car park and the improvements to the King Street elevation are also well underway - creating a stunning new frontage to the centre.

The next phase of work will include a remodelled mall area, improved rooftop car park and the installation of new lifts. The exterior of the car park is also undergoing major improvements as part of the next phase.