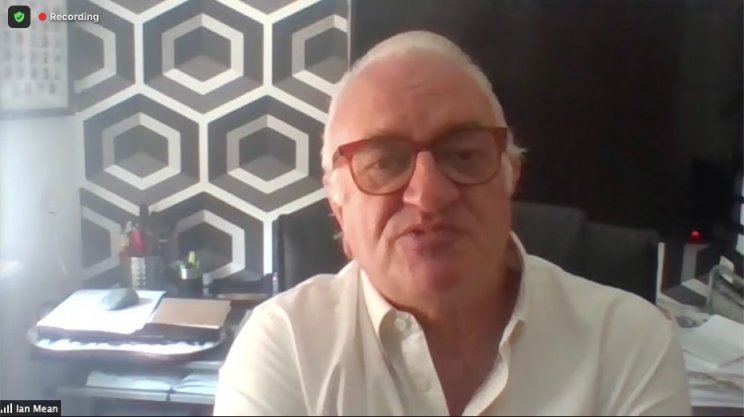 This morning (Thursday July 29th), a coalition of business and political leaders in Gloucester met for the Gloucester at a Crossroads webinar to discuss the future of Gloucester, including its regeneration and how Gloucester can appeal to its population that is getting younger and younger.

The event was sponsored by Evans Jones Chartered Surveyors and Planning Consultants , The Reef Group and partnered by Punchline-Gloucester.com. It was headed and organised by Ian Mean, former editor of Gloucester Citizen newspaper and current director of Business West Gloucester and Mark Owen, editor of Punchline.

Among those on the panel were the city's MP Richard Graham, the Dean of Gloucester Cathedral the Very Revd Stephen Lake, the leader of the city council Richard Cook, Peter-Langly Smith of the Reef Group, David Jones of Evans Jones, and Jason Pullen of the Peel Group.

Revd Stephen Lake was first to speak and conveyed Gloucester's potential. He said: "We should avoid overpromising and underperforming. I think it is important to repopulate the city centre as much as possible. The outside culture is here to stay. Also, about our young people and being led by them, as we are the only place in the county that is still getting younger and that we need to take seriously.

"This is something the city centre commission is going to have to work on in detail, any of us only have to walk into the city centre and see many empty properties. We need a rationalisation of how we use it and live in it. Living in the city centre, how do we make that possible?

"Peel has done a lot for the Quays and Gloucester but how do we make the city centre attractive enough so people can be walking to work and walking to their socialising and enjoying their surroundings as well as their accommodation. 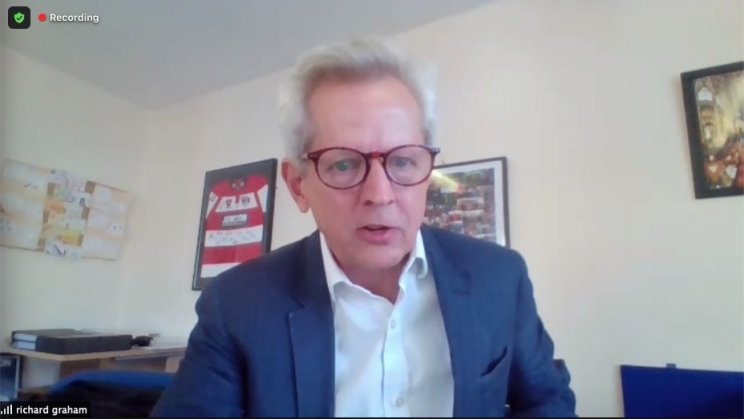 Richard Graham commented: "The most important idea of all is the cultural change within the city. What I would describe as being down at heel to looking up. We need at least half a dozen key investors in the city centre to drive things forward. You've got this combination of the city council leading the changes at Kings Square, Reef leading at the Forum, Gloucester University coming to Debenhams, work that will increase with the expansion of the Guildhall to transform it and make it a bigger and better venue.

"There's also changes down the road with Gloucester Rugby bringing their training back from Hartpury to the building next door the Kingsholm Stadium. That's an important shift and brings jobs into the city as well. In Blackfriars you've got the work that City Heart has been doing with accommodation for Hartpury and the University of Gloucestershire. That's great. Quayside Health Centre which is looking great. I think this is a building that is impressive and what it is going to achieve in terms of health for the city centre is great. The next one is the former prison which has been sitting unused for a long time and things are beginning to move forward there.

"The next place that I have in my sights is the Eastgate Market and Greyfriars bowling club. There is a real opportunity there for a redevelopment, bringing into play the Folly by the side of Café Rene, which hasn't been used properly for a long time. Putting a roof back on top of Greyfriars so events can happen there, huge glass frontages at the back of Eastgate Market onto the green space beside Greyfriars, more accommodation on the top and bringing back to life the bowling club. " 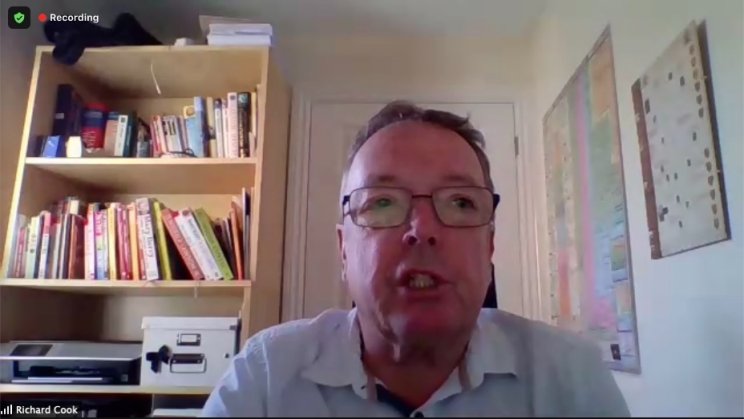 Richard Cook, of the city council, said: "The city council has a lot on the go at the moment. We're working on the railway station to improve that, we've only just completed the transport hub. We're involved heavily in the Kings Quarter development, the Kings Walk and the new Primark. We've got a load of other things going on in the city. I'm minded reiterate what Revd Stephen said earlier. Promise too much and deliver too little and you ruin your reputation.

"I only have two main priorities. One is to continue the regeneration we've been doing in the city because I think that will lead onto other things. I think the university buying the Debenhams building, the opportunity for up to 4,700 students in the city centre will make a magnificent difference to the city centre benefitting from those student pounds.

"I think there would be great benefitting in dividing the city centre into six or seven portions and concentrating on particular areas, talking to landlords who own empty property. Putting them in touch with grant funding to make a difference to those buildings. A lot of these places could be beneficial student accommodation for these students to live in. Living in the city centres means it is more vibrant, not only through the day but in the evening and into the night time, which will be something that brings the city alive. 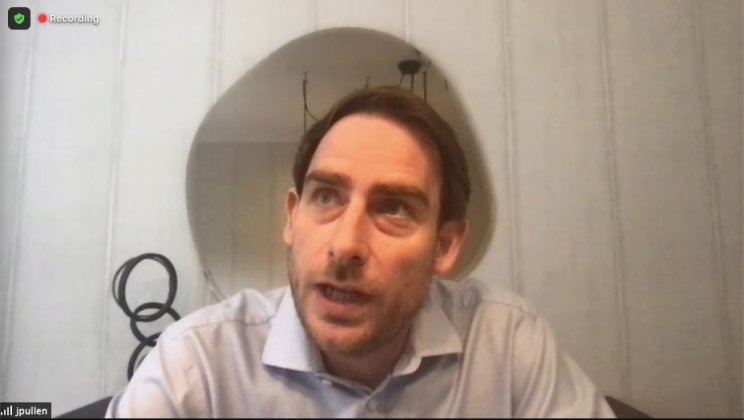 Jason Pullen has seen Gloucester grow over the last 20 years since Peel bought land in the centre and built the Quays and Gloucester Retail Park, formerly the Peel Centre. He added: "Where we are now is at a crossroads. The future is very bright. Why Gloucester is investable to me as an investor and other investors is that it is a walkable city with great growth potential. It is affordable and has great repurposing potential."

Peter Langly-Smith is the director of Reef, who are redeveloping the Forum, a core part of the city centre. Peter said: "Reef firmly understood when we started our journey in Gloucester some five years ago and this still rings true today that Gloucester is very investable. We need to bring back some vibrancy to the city through a mix of people and diversity of uses. We believe real estate can empower change and the Forum is hopefully going to affect that change and be a part of that journey. 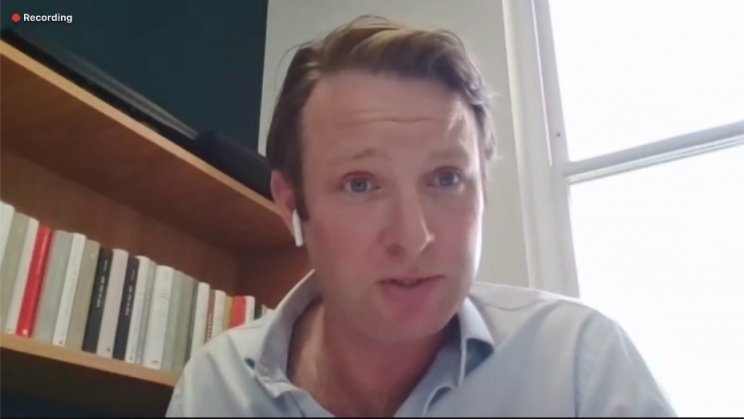 provide a balanced mix of uses from offices, accommodation, a four star hotel, a car park, convenience and retail centre and health centre. It is going to sit next to a brand new public realm square that is going to be completed at the end of this year. It is going to take a part of the city centre that has long been in need of regeneration into something that is modern and future proof and hopefully very vibrant.

David Jones, director of Evans Jones said: "Bringing young people into Gloucester is essential. I think where Gloucester needs to pitch itself is as an edgier neighbour to Cheltenham. There is no point in competing with Cheltenham. We need to create something different for the city. The Kings Square development is fantastic but the physical public realm work is just part of it. Getting a continuous promotion of festivals, seasonal events, pop up art events is essential in the centre, just as we see at the Quays."

On the question of whether Gloucester has too many shops, David said: "Absolutely, most retail centres have to reduce their retail offering. It has to become a smaller, more compact, higher quality offering if it is to survive. Whether that has to be implemented through policy or compulsory purchase, we have to condense it. 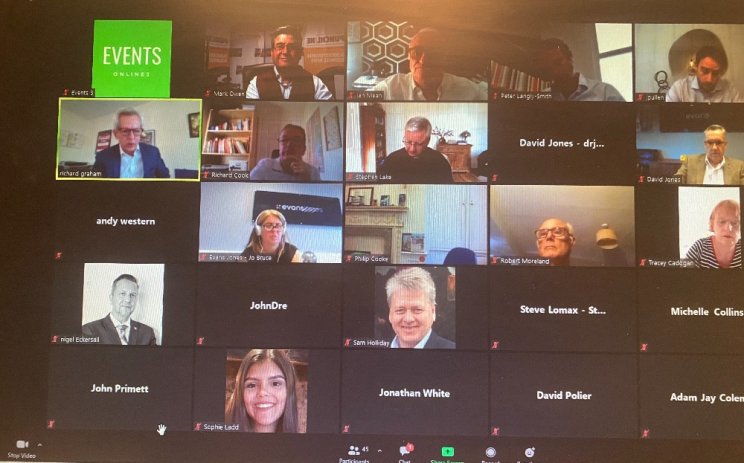 "I think it could be reduced as much as 40 per cent. It Is too sprawling currently. Some of that will be natural loss, such as the university and Debenhams. It is going to have to be that central core. The high street has been in decline for years, a slow bleed that the covid crisis has turned into a haemorrhage."

Richard Graham added to David's comment: "No one wanted to see a department store come to an end in Gloucester, but the huge amount of enthusiasm generated right across the city and beyond for the first ever conversion of a department store in a small city into a university campus has been extraordinary.

"All the shops see what a massive difference 4,700 students and 300 teaching staff is going to make to the city centre. Talk about vibrancy and footfall and the young, it is all going to happen. It wasn't planned but sometimes out of bad things can come something really creative." 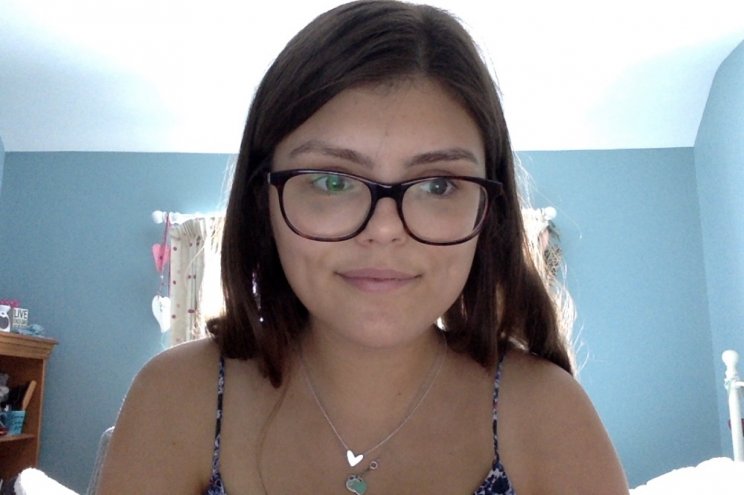 Mark Owen introduced Sophie Ladd, intern at Punchline to give the view of a young person. Sophie said: "Historically, I have seen some parts of Gloucester city centre as a bit of an eyesore, such as the King's Square. Now that these parts are being regenerated though, this is great.

"Gloucester needs to improve its retail and restaurant offering in the centre, so that young people aren't more enticed to go to neighbouring Cheltenham or Bath. I think the Quays has been amazing for Gloucester, but the city centre needs to see a similar regeneration to bring in people from all over the South West. The idea of having more festivals and pop up events like the Quays has got is also a great idea."