A 30-year-old Romanian who fled British justice in April has been found working on a Danish pig farm and has been brought back to the UK to be sentenced for breaking a man's jaw during a row over a pizza in Cheltenham. 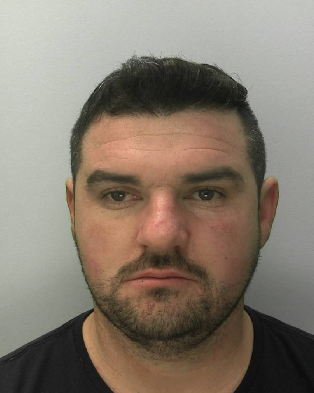 After Rus failed to appear at the court for sentence in April a warrant was issued for his arrest. The Crown Prosecution Service then learnt that Rus had put a number of posts on social media stating he had left the country and was not coming back.

He was believed to have travelled initially to Portugal but was then located in Denmark on December 8 while working at a pig farm where he was arrested on December 8.

Rus arrived under escort at Heathrow Airport on Friday, December 20 and he appeared at Cheltenham Magistrates Court the next day where he admitted not answering to the terms of his bail and surrendering at the crown court for sentencing on April 16, 2019.

Lloyd Jenkins representing Rus at both courts said: "Rus has effectively put his head in the sand hoping that things would go away.

"It was a stupid incident over a kebab in which he assaulted victim with a single blow."

Prosecutor Janine Wood said: "The incident occurred at 12.33am on January 5 on the High Street.

"Rus had gone into Dominos Pizza with a kebab he purchased at another outlet. He popped outside to call at taxi and left the kebab on the countertop.

"Another man, Robert Gruszkiewicz, was also in Dominos and having paid for his pizza, he walked out with Rus' kebab.

"Rus' went running after the man and shouted to him, 'You took my food'."

The court heard that after a short altercation Rus threw down the food onto the street and landed a left-handed single punch to his victim. He fell to the floor and had blood pouring out of his mouth, but thought nothing more of it.

However the next day Mr Gruszkiewicz, realised that he had problems with his jaw and went to Gloucestershire Royal Hospital where he was diagnosed with a broken jaw that required metal plates and screws to help the healing process. He was told to avoid contact sports.

It was at this point the victim contacted the police and Rus was arrested for the assault.

In a victim statement he said that he no longer walks home from work and tries to avoid the High Street in Cheltenham during the early hours. He also complained of numbness in his lips.

Mr Jenkins explained to Judge Recorder Simon Levene that up until his non-appearance at court Rus had done everything asked of him. He added: "But he had a 'head in the sand' attitude and decided to leave the country and head back to Romania.

"At the time of the incident he admits he was drunk and lost all sense of perspective by punching his victim. It was a single punch and it was not a sustained attack.

"He has certainly learnt his lesson."

Judge Levene said: "This was a ridiculous assault, however I accept you didn't intend to hurt the victim.

"There was no provocation and you didn't use a weapon in the attack.

"But what does worry me is the fact that ignored your bail conditions and ran away from this country's jurisdiction and travelled abroad.

This was a serious breach of bail. You left the country for six months. You were brought back under an international arrest warrant.

"A lot of people went to the trouble of getting you back here."

The judge acknowledged that as Rus had already been in custody for a couple of weeks and sentenced him to 16 months in prison, suspended for a year.

The judge also ordered that Rus complete 180 hours of unpaid work and pay £1,000 compensation to his victim and an additional surcharge of £140.

"If you stay sober, I think you are most unlikely to reoffend in this way again," concluded Judge Levene.