‘Tesco must do more to support pork producers’

Tesco has been warned it must do more to help struggling pork producers or face "the destruction of the UK pig sector".

In an open letter to Tesco, the chairman of the National Pig Association (NPA) Rob Mutimer said the UK's biggest supermarket chain was uniquely positioned to prevent the demise of its UK pork supply base, as reported by Sky. 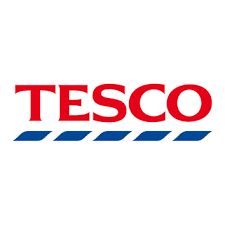 He claimed that Tesco, which has 27 per cent of the UK pork market, wasn't paying enough and that its rivals had stepped up to help producers facing unprecedented losses due to soaring costs.

Rising costs are due to record pig feed prices, as wheat costs surge due to the war in Ukraine.

He said many producers were losing tens of thousands of pounds each week, but that Asda, Sainsbury's, Morrisons, Waitrose, Aldi, the Co-op and Marks & Spencer were pulling their weight.

The grocery sector has pledged to keep costs as low as possible for customers due to the wider cost of living crisis, but the NPA said the future of the UK's pig industry is at stake.

A Tesco spokesperson said: "We fully recognise the seriousness of the situation UK pig farmers are facing and have been working closely with our suppliers to understand what more we can do to support the sector. Through the buying models we already have in place, our suppliers have increased payments to farmers by £3.4million since March 2022.

"However, we would like to do more and are actively working with our suppliers on a further enhanced payment plan to support farmers in the short term."