Aside from wondering how you get a job testing what could be the nation's most wonderful cottages to stay in - choosing your short list, writing about it and presumably being paid - we will get to the main thrust of the article. 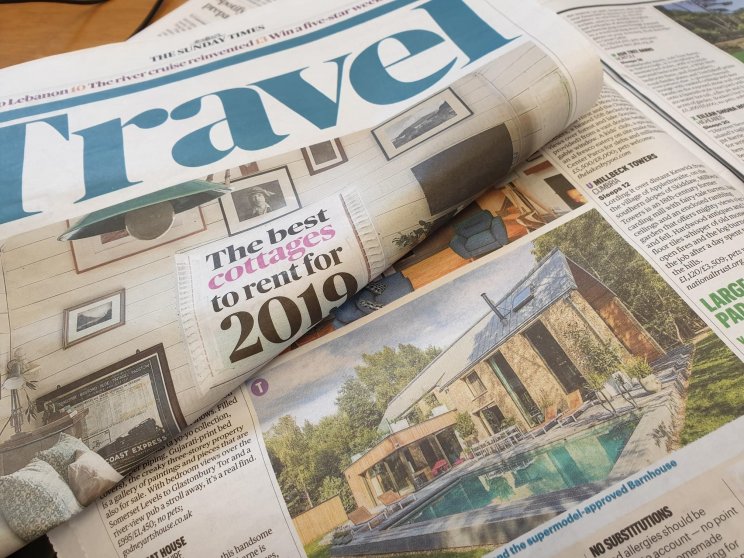 That being that two of the dwellings within the list of 25 are said to be in Gloucestershire - both in the Cotswolds (as if you hadn't already guessed).

Although on closer inspection the first one is actually in the entirely separate county of South Gloucestershire - a common mistake by those unfamiliar with our borders here in Gloucestershire.

Bear in mind this is The Sunday Times, and the list is pitched to its core readership whose own tick-list presumably begins with comfort and location. Cost some way further down. But there is no doubt both 'Gloucestershire' cottages sound incredible.

According Jeremy Lazell, the man burdened with whittling down the list, the "living barn" that is Congrove Barns in Upton Cheyney (South Gloucestershire) is recommended.

"You can play croquet and badminton in the garden, walk around the arboretum, then retreat to the hot tub for a soak," says the mini-review, which is accompanied by an image of a slate-topped table laid with a bottle of red, some crusty loaf, cheese board and a backdrop dripping with the pure English countryside.

If it takes your fancy the price is between £1,395 and £1,650 a week (it sleeps four comfortably). If you can get two more people to bed down on the sofa (which is allowed) that could cut the bill.

Further down the list - but probably in no way down the rankings, is the modestly title Barnhouse - in the village of Lechlade, which is in Gloucestershire - just - at the exclusive Lakes by Yoo development.

"It's not cheap, but this modern take on a Cotswold-stone cottage in the small town of Lechlade comes with Supermodel sass: the interior design is by Kate Moss.

"This includes the mirrored four-poster, hats and coats left by La Moss for guests, art by Damien Hirst and the Chapman brothers, a heated 55ft decked pool and views over forest and lake (kayaks provided) from a vast double-height window."

Even The Sunday Times admits this one is "Centre Parcs for slebs and millionaires". At between £5,500 and £8,000 a week you can see why. It does sleep 10, mind (so you could split the bill).

You would have to go as far as Dorset to get comparable luxury at the price for a cottage, if we use the list alone as our guide. Lulworth Cove House come sin at between £13,995 and £17,500 a week. But it does sleep 20.