The chef, author, journalist, TV presenter and environmentalist has teamed up with Stroud Brewery to launch a new range of River Cottage beers made with organic ingredients.

About 60 guests tucked into some wonderful locally produced plant-led food and the beers - Hopful, Stinger and Hempathy. 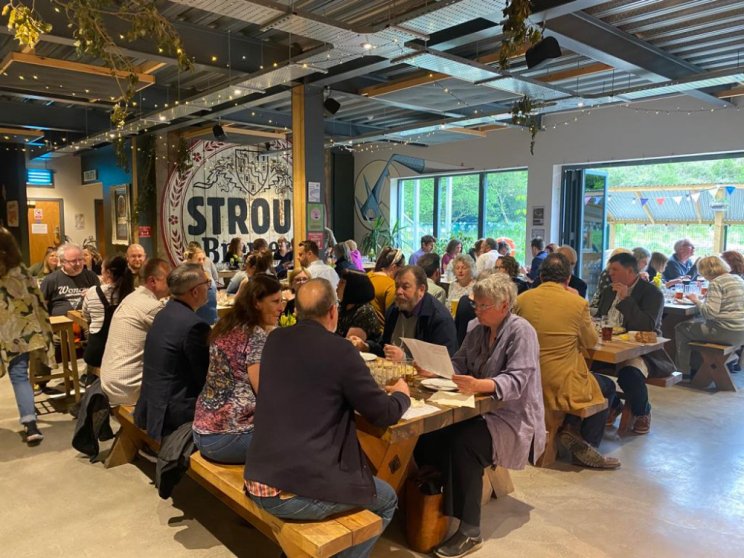 Hugh Fearnley-Whittingstall joined Greg Pilley, owner of Stroud Brewery, for a discussion into the ethos behind the two companies, how they achieve their organic status and why collaboration is important in our modern world, followed by a Q&A session.

Hugh, whose River Cottage HQ is in Devon, told Punchline editor Mark Owen that he actually grew up in Gloucestershire and his parents still live in the county.

"It's always lovely to be in Stroud," he said. "Although I'm a little bit west in Devon I come back to Gloucestershire all the time. 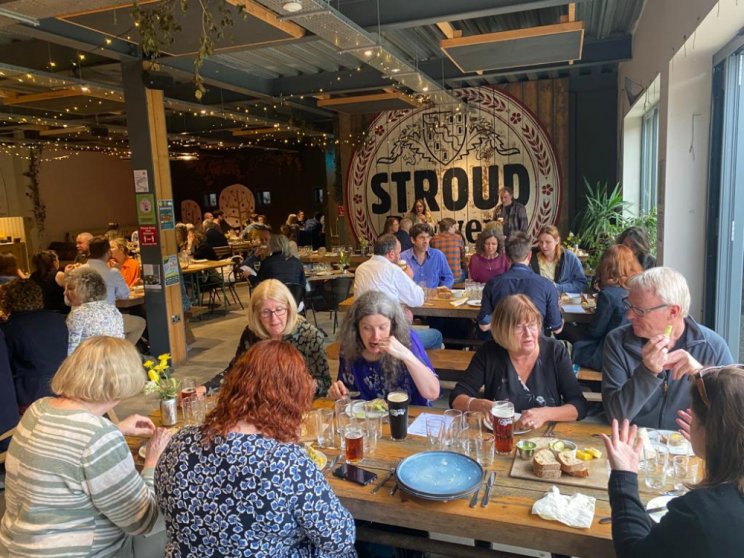 "We're here today to celebrate the collaboration between River Cottage and Stroud Brewery. We are making some wonderful organic beers together.

"We're celebrating the benefits of organic farming. These are the foods that are going to keep us well as we go into an uncertain future."

Greg Pilley, owner and MD of Stroud Brewery, told Punchline: "We're all enjoying great food and drink made locally in Stroud and in our local environment. When I set up the business almost 18 years ago I really wanted to have that as a fundamental basis of our business.

"When I started the business I wanted to connect people with the product we make and the local landscape and the environment we live in. I started using malt grown in the Cotswolds, mostly around Cirencester, and about 40 per cent of our hops are grown in the UK. 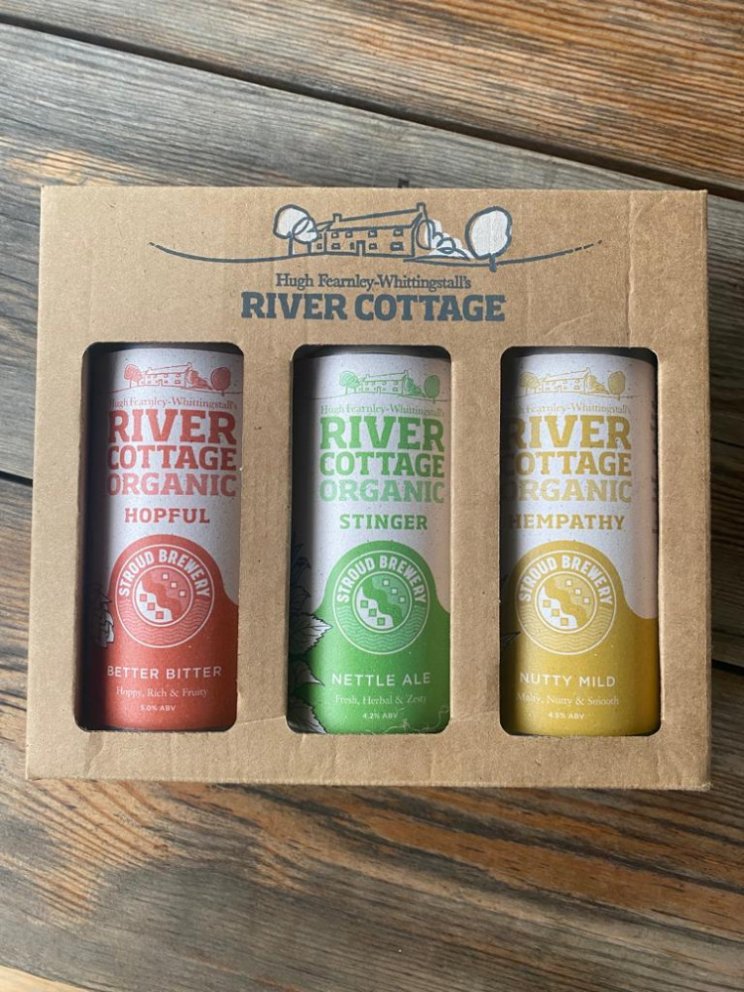 "As we've progressed the business we started brewing organic beers in bottles and now in cans and only five years ago we became a dedicated organic brewery. The reason we have championed organic brewing is that there's no doubt the science is there that organic farms have 40 to 60 per cent more wildlife on those farms. Farmers have to try to work with nature to manage the pests they have on the farm.

"The other consequence of not spraying pesticides or herbicides is that it doesn't run off into the waterways so you don't have to clean it out of the water. That's what led us to our partnership with River Cottage and that's what we're celebrating here tonight.

"Hugh is here and his team and together with our kitchen staff we've created a feast with all sorts of local ingredients.

"One of the reasons I set up the business was because I saw the role hospitality had in bringing people together and creating community. Those relationships really matter."

Asked about how the brewery was faring, Greg said: "We've been fortunate that we're a venue and we've got a great programme of events that brings people here and this is a really lively hub and our bar's been really busy. But I must say we still see the pubs that we sell to are still a little bit suppressed but let's hope for a really great summer." 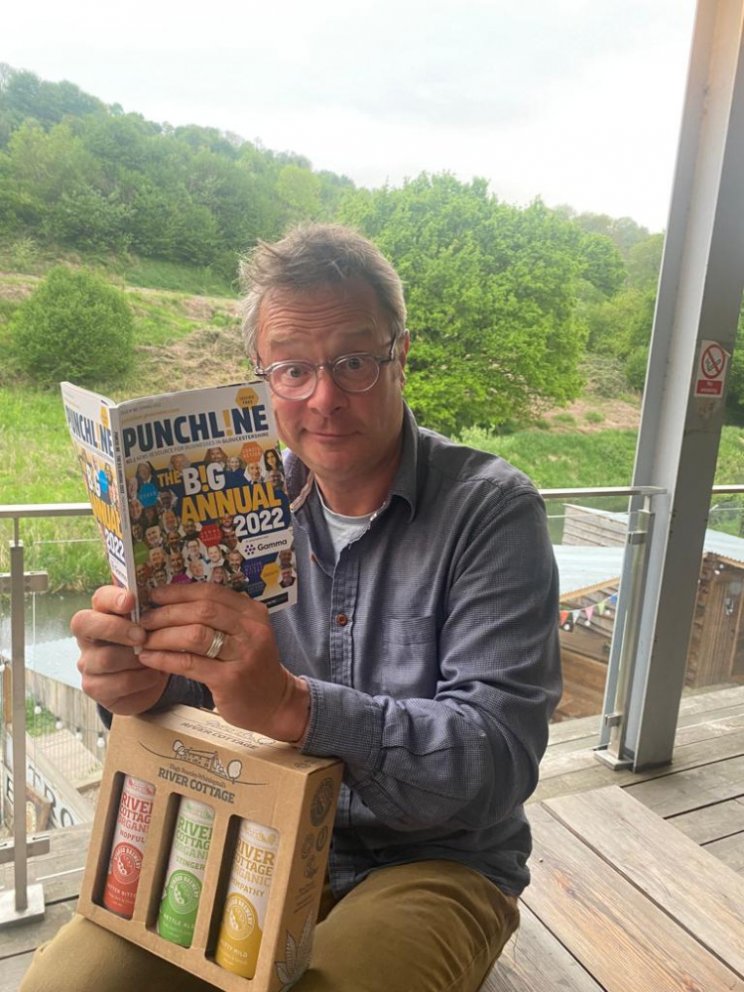 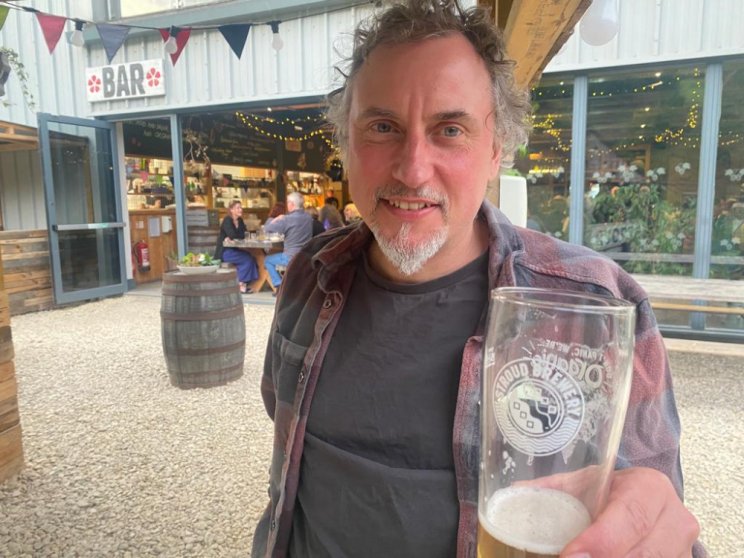 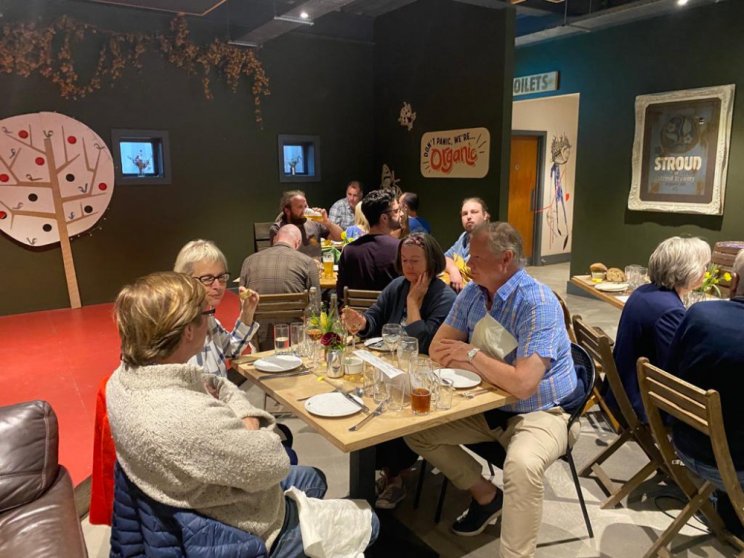 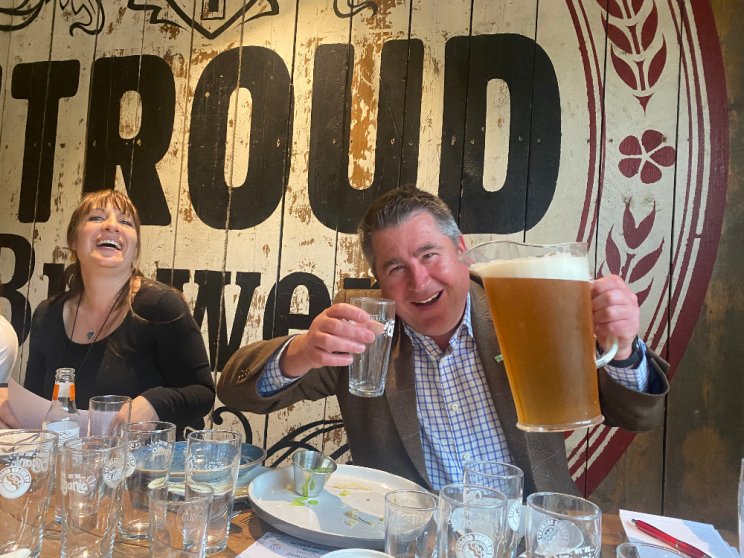