Stroud Book Festival has launched a Crowdfunder appeal to ensure it can go ahead online as planned. 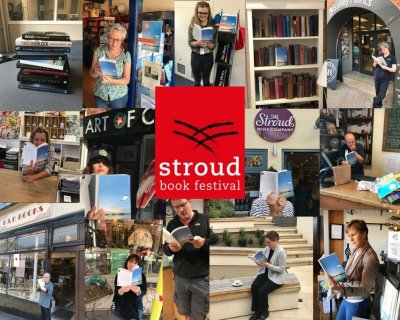 The fifth annual festival will take place free via its YouTube channel from November 4-8 after receiving an emergency Arts Council grant to cover running costs.

But it said the Crowdfunding campaign - which has raised almost £3,000 towards its £10,000 target - was needed to cover the cost of producing the programme.

Programme director Caroline Sanderson said: "Stroud Book Festival is too important a cultural forum to allow the current pandemic to prevent it from happening.

"We believe the best possible cultural response to these difficult times is to make the 2020 Stroud Book Festival free for book lovers everywhere, but most especially for those in Stroud."

It will also include a special tribute to Stop Ecocide founder Polly Higgins and continue a partnership with Stroud Short Stories.

A Schools Day will feature a range of children's events, including a weekend event with children's author, comedian and actor Ben Miller, who lives near Cirencester.