Strong results - and hope for beyond COVID-19 - from major employer

What is possibly Cheltenham's biggest employer has reported "strong organic growth" - and forecast economic sunshine beyond the coronavirus.

World-wide leaders in the specialist market of steam engineering, Spirax Sarco, has revealed turnover rose six per cent to £1,242.4 million with operating profits up seven per cent to £282.7 million.

According to the company sales for the year were "strongly exceeding global industrial production growth of one per cent" in what the firm said was "another successful year, delivering record sales and adjusted operating profit". 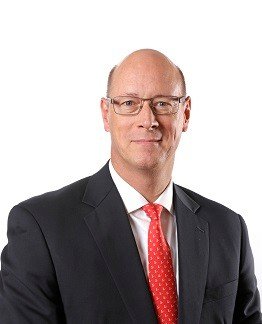 Its preliminary results, released today (March 11) were accompanied by news that Kevin Boyd, chief financial officer and executive director, would be retiring at the end of 2020.

"Both the Steam Specialties and Watson-Marlow businesses benefited from the successful implementation of our strategy, achieving strong organic sales and profit growth, while margins in Chromalox increased in the second half as operational efficiency initiatives began to deliver results.

"Political and economic uncertainty, as well as COVID-19, continue to dampen global industrial production growth forecasts, although we currently assume that conditions will begin to improve during the second half of the year.

"We remain cautious currently on the economic outlook, but confident in our ability to self-generate growth through the implementation of our strategy and to outperform our markets."

Spirax Sarco is headquartered in Cheltenham and has manufacturing plants around the world employing more than 8,000 staff, of whom over 1,600 are direct sales and service engineers.

Its preliminary report also includes a lengthy analysis of the impact of the ongoing corona virus crisis.

"Due to the COVID-19 outbreak in late January and the delayed return to work following the Lunar New Year holiday, for both ourselves and our customers, trading in China during February was significantly down on expectations.

"With reported Chinese infection rates now in decline and provided no resurgence occurs, we assume a return to normal levels of business in China by the end of the second quarter and some recovery of lost business in the second half of the year.

"The recent COVID-19 outbreak beyond China has made it very difficult to assess the global impact on our business, as the situation is evolving on a daily basis.

"We have modelled a number of scenarios and currently assume the most likely is that the impact on industrial production globally will be less intense than China's experience.

"This scenario also assumes the full impact to be contained within the first half of the year with global industrial production recovering in the second half of 2020."