It is 'next stop, Bus Driver of the Year 2019 finals' for three drivers from Stagecoach West.

Ten drivers from the bus company took turns behind the wheel of a Stagecoach West double-decker Gold bus in the competition's regional heats at Cheltenham Racecourse, attempting to win a ticket to compete in the national final in August. 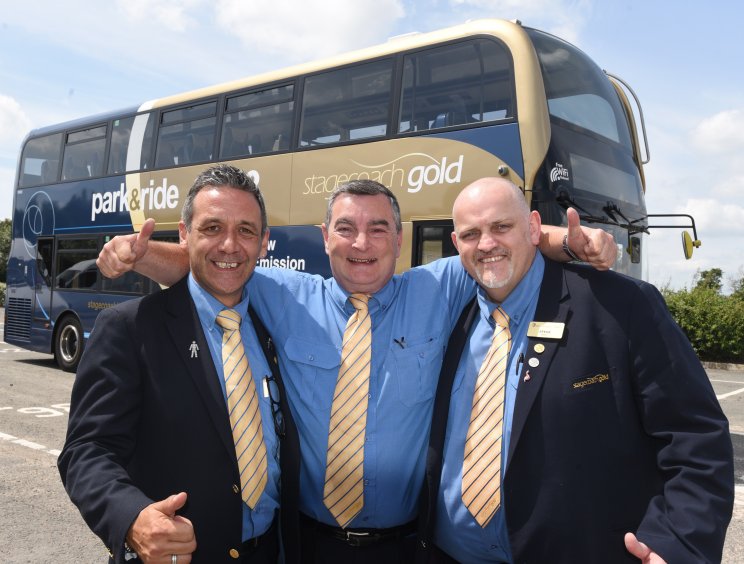 Mr Quinn lined up again on Sunday (July 7) at the Prestbury racecourse - home of the world-famous Cheltenham Festival and Gold Cup - hoping to be one of just two to win a place in the finals in Blackpool.

Spectators were encouraged, with the day also a chance to learn more about working for Stagecoach West, which covers Gloucestershire, Wiltshire, South Gloucestershire, North Bristol and South Herefordshire.

Mr Jones also drives the company's Be Nice Bus - a ground breaking anti-bulling campaign bus tour of schools in the UK and Ireland run in partnership with The Diana Award charity.

Rupert Cox, managing director of Stagecoach West - which this year celebrates 25 years, said: "We take pride in training our drivers and expect them to meet the very highest standards for their driving ability and customer care.

"They put that into practice every day, but this event is their chance to test themselves in front of a panel of judges and show just how good they really are.

"We also hope it inspired a few of those watching to think about a role as a driver with Stagecoach West."

Drivers were tested on all aspects of their driving abilities, including a series of manoeuvres in the racecourse grounds under the watchful eyes of the judges.