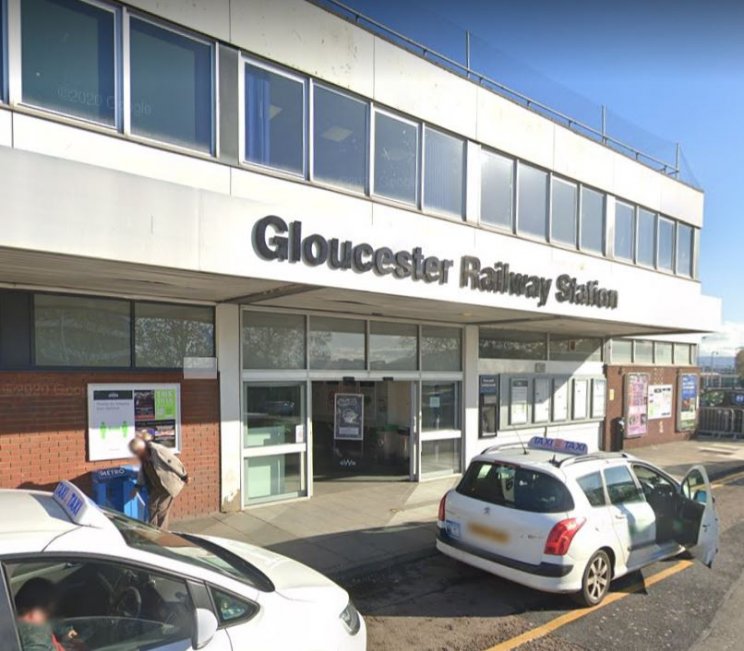 A 35-year-old Gloucester man whose hoax call to the emergency services caused six police vehicles and two ambulances to be diverted from dealing with Coronavirus medical emergencies has been fined and placed on an 18-month community order.

At Cheltenham Magistrates Court yesterday (April 21), prosecutor Alexis Brown said that at 8.20pm on March 26th last year the emergency services were called to Gloucester railway station where there had been a report of a road traffic collision and a person suffering from a heart attack.

The 999 call had been made from a payphone at the station.

Ms Brown said: "The first police officer arrived at the foyer of the railway station and realised that no collision had occurred in the vicinity. A man in his 30s was then spotted putting down the receiver of the foyer's payphone.

"The officer approached the man, who smelt of intoxicating liquor, and challenged him. He asked him if he had called for an ambulance. The defendant, Paul Wright, stated that he had just answered the phone when it had rang.

"Meanwhile five other police units and two ambulances soon arrived at the railway station as a result of the 999 call. The call handler confirmed that Wright was the person responsible for making the hoax call.

"Wright was then arrested but he resisted and became aggressive by raising his arms above his head and clenching his fists. He then kicked PC Jack Lane in the shins with some force.

"Wright was placed in handcrafts and began shouting obscenities at the officers. He was searched and found to be in possession of two bags of cannabis that had a street value of £10."

James McKenna, defending, said: "Wright has a formidable antecedent record but his offending has significantly decreased since 2010 and he had kept out of trouble for two years before this incident. There have been no further offences in the past 13 months since this incident.

"This was a very sad set of circumstances in which he decided to make the hoax call and said what he did.

"This was a one-off and was fuelled by being under the influence of drugs and alcohol at the time of his offending.

"Until this incident Wright had been living in a tent for the best part of a year and his mental health had suffered. Wright has had demons in the past and alcohol is still an ongoing struggle."

Wright, 35, of London Road, Gloucester, pleaded guilty to using the public communication network to make a hoax phone call to the emergency services on March 26, 2020, assaulting PC Lane by beating and possessing a quantity of cannabis on the same date.

Chair of the court Peter Gray told Wright: "A lot of police vehicles, personnel, ambulances and medical crews were involved in responding to your hoax call.

"We all have problems in life and I appreciate that you have confronted quite a few in yours.

"But you would feel pretty raw if one of the problems you were confronting needed an ambulance and one wasn't available because somebody elsewhere had decided to made a hoax call, just as you did. The costs involved in what you did do not bear thinking about.

"At that time, at that point of the year - the start of the coronavirus pandemic lockdown - ambulances were needed absolutely everywhere. And for someone to take up that resource as part of a whim and a prank is pretty tricky to get to grips with."

Wright told the magistrates that he had been drinking heavily and was shocked to find out what he had done when he 'woke up' the next day at the police's custody suite. He said he was sorry.

Mr Gray said: "The justices' view is that you will get help with the sentence we have in mind. You will be sentenced to an 18-month community order, during which time you will get professional help for your problems.

"Treat this as this is the first day of the rest of your life, as opposed to the last day of your past."

The magistrates fined Wright £80, ordered him to pay a £95 victim surcharge and further ordered him to attend 30 rehabilitation activity requirement days as part of an eighteen-month community order. The court also ordered the forfeiture and destruction of the drugs.