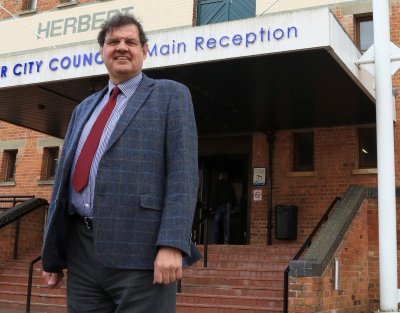 Small businesses are being urged to come forward if they have not yet applied for coronavirus support grants with latest figures showing how difficult it is being to give away free funding.

The latest figures released by the Government show how many companies are yet to claim the grants of £10,000 or £25,000 which were announced among the first package of support during the crisis.

Ian Sloan of chartered surveyors Bankier Sloan said: "Many councils who already hold databases of those businesses claiming Small Business Rates Relief have struggled to hand out even 50 per cent of the funding since being given the money by Central Government on April 1.

"Councils want to hand out this money. They are trying very hard. This money is free and doesn't need to be returned, it is intended to ensure the long-term survival of local retailers."

All retailers are eligible for a grant if their property has a rateable value below £51,000.

While some local authorities are distributing grants without the need to make contact, others need eligible businesses to apply.

Cotswold District Council has paid out more than £27.5million to more than 2,200 businesses with all applications received over the past three weeks processed.

But Councillor Mike Evemy, deputy leader and cabinet member for finance, said an estimated 400 eligible businesses had yet to apply.

He said: "We have reached the majority of businesses in the district but I would urge anyone who thinks they may be eligible and has not been contacted by the council to get in touch."

The latest figures, which cover up to April 26, show Gloucester City Council has paid out £16.4million to 1,457 of 1,679 companies which have been identified as eligible.

The six councils have around £41.8million left to pay out from their initial government allocation.