Sentence for Cheltenham man caught with £2,100 worth of cannabis

A Cheltenham man caught with £2,100 worth of cannabis on him has been sentenced to a 14-month suspended prison term. 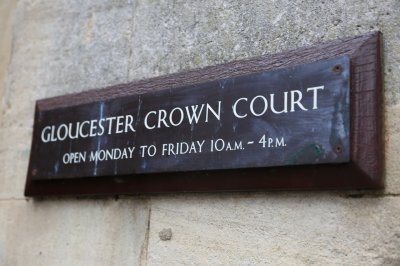 Gloucester Crown Court heard that on March 10 at 6.15pm, police were investigating an incident in Redgrove Road, Cheltenham, when they heard a loud screeching of tyres from Princess Elizabeth Way.

They went to the scene and stopped a Ford Focus car.

Prosecutor Nicola Wood said: "When the officers spoke to the driver they smelt a strong smell of cannabis coming from the vehicle.

"A man and woman in the vehicle denied any knowledge of the drug. However, another man, Eran Pearce, who was also in the vehicle, was searched and had two phones and a large quantity of cash - £855 - which he said was for him and his girlfriend to go out with.

"The police also found 210g of the drug in 14 wraps with an estimated street value of £2,100 on him. An additional search of the vehicle revealed a small amount of cannabis and a £10 note.

"In interview Pearce said: 'To be truthful, I am not going to lie, I bought a large quantity of cannabis for my personal use.'

James McKenna, defending, said: "Pearce finds himself in the position because he owed a debt. He was pressurised to act foolishly under the circumstances. He acted totally out of character and believed he was resolving matters without getting his parents involved. "

Judge Ian Lawrie QC said: "I've decided to take a step back from imposing a custodial sentence. You have a history of class A and B drug dealing. And even though you were released under investigation for the first offence, it did not deter you from committing the second offence.

"You made the choice to pay back the debt and you have to pay the consequences."

Judge Lawrie imposed a 14-month jail term but suspended it for two years. He ordered Pearce to complete 150 hours of unpaid work and pay £720 court costs and £156 victim surcharge.

Judge Lawrie also ordered for the confiscation of the £855 cash and for the forfeiture and destruction of the drugs.