Developer Robert Hitchins Ltd and housebuilder Redrow are forging ahead with the construction of a school as part of a major mixed-use scheme west of Stonehouse. 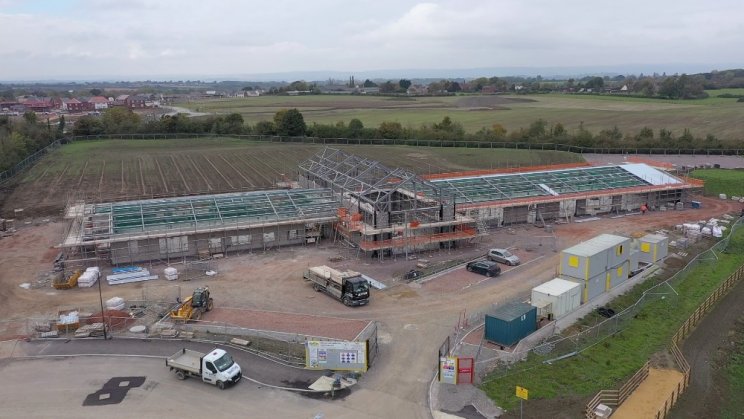 Despite the setbacks posed by Covid-19, contractors EG Carter are on target to complete the Great Oldbury primary school in May, in time for it to open in September.

The school will have capacity for 315 children with the capability of expanding to accommodate 420.

Robert HItchins technical and residential development director Gordon Jeynes said: "This is really good news and we're very pleased with the way the site is progressing.

"Delivering the school, which sits at the heart of the new development, is a significant milestone."

The entire Great Oldbury scheme includes 1,350 new homes - of which 30 per cent are affordable - a mixed-use local centre and 9.3 hectares of employment land, as well as landscaping and the associated support infrastructure.

There will also be a community hall, a site for health provision, sports pitches with changing rooms and public open spaces on the 98-hectare site north of the A419, between Junction 13 of the M5 and the railway line west of Stonehouse.

The homes are being built by Redrow, Barratt Homes, David Wilson Homes and Linden Homes.

The development includes S106 contributions towards highways, education and library facilities, as well as funding for enhancements to the local bus service, the construction of a community hall and for canal restoration.

Since planning permission was granted in January 2016, access roads, utilities and infrastructure have been delivered by Robert Hitchins and Redrow, along with improvements by Gloucestershire County Council to the A419, just off the M5.

The entire development will be delivered in phases over 10 years.