£27,000 Rolex watch and designer trainers seized from Gloucestershire drug dealer to be sold

A £27,000 Rolex watch seized from a convicted Gloucestershire drug dealer will go under the hammer next month after being confiscated by police.

The gold timepiece was in a haul of items seized from the London home of Stefan Miller after he was captured by police in 2017.

Miller was jailed for 11 years last year after officers discovered more than £100,000 worth of heroin and crack cocaine as part of a county lines investigation. 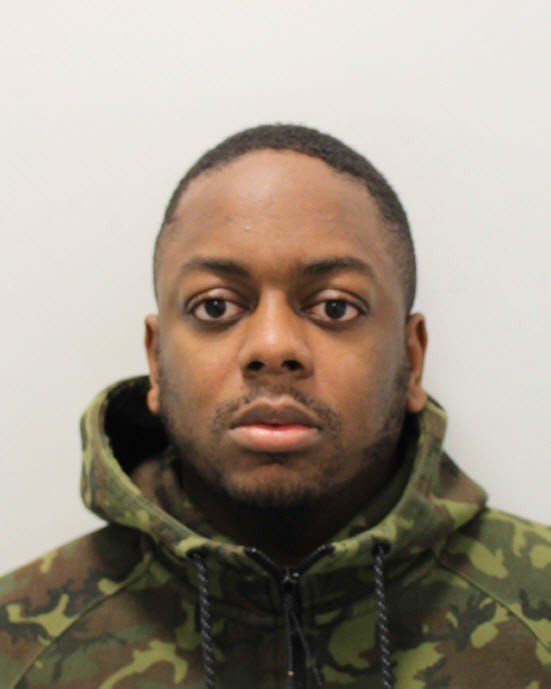 At Gloucester Crown Court earlier this month it was heard how Miller benefited to the tune of £175,000 from dealing drugs.

He was found to have £63,594.80 in realisable assets and a confiscation order was made for that amount under the Proceeds of Crime Act.

The assets included a large haul of designer shoes, clothing and two Rolex watches. Officers also seized £16,350.54 in cash from his address.

DCI Neil Smith of the Serious and Organised Crime Team said: "This action shows how we will pursue and take anything from an individual who has benefited through their criminality.

"Whether it is cars, shoes, jewellery or houses - if they cannot prove they legally came to own these items, we will look to take it from them.

"County lines drug dealers employ and exploit vulnerable people and children - tackling county lines is a priority for the Constabulary and we know the importance of bringing a stop to them and safeguarding those who've been exploited."

The sentence was reduced to 11 years as Miller pleaded guilty at the earliest opportunity.

Miller, from Wandsworth in London, was the head of a county line drug dealing network supplying drugs in the county.

He used two teenage boys, aged 14 and 16 to be drug runners in Cheltenham and Gloucester.

Officers searched an address in Croydon linked to Miller and discovered crack cocaine and heroin. Multiple phones and sim cards along with thousands in cash were also seized from the address. 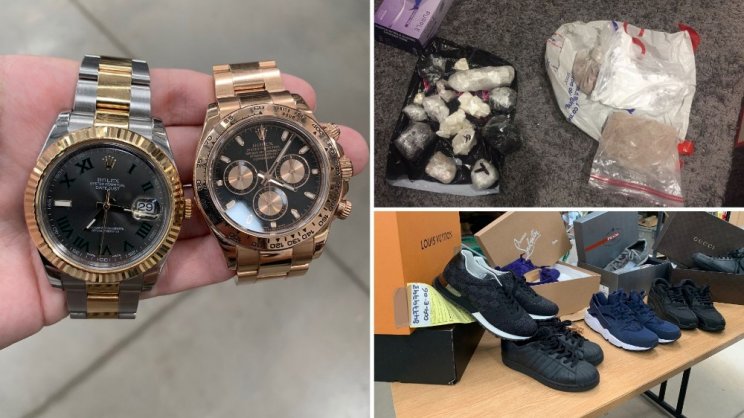 There were also 44 pairs of designer trainers and footwear which were confiscated with an estimated retail value of more than £12,800.

The designer brands include Christian Louboutin, Valentino Garvani, Balenciaga, Dolce & Gabbana, Gucci and Christian Dior which are worth hundreds of pounds per pair.

The Proceeds of Crime Act allows police to pursue criminals through the courts to confiscate their ill-gotten gains.

Once the items are sold at auction the monies gained are distributed throughout the criminal justice system and split between the Home Office, Crown Prosecution Service, courts and police.

Force Crime Operations Constable Damian Pearson, who won an award for his work on the case, said: "This was an intricate investigation where Miller moved drugs in and out of the county and took advantage of young teenagers.

"The work we're doing to defeat county lines not only takes drugs off the streets but is also likely to be preventing many from serious harm and violence.

"We're also keen to put a stop to anyone who is living a lavish lifestyle which has been funded through crime and this shows the level we'll go to in order to strip a criminal of their assets."

The items are due to be sold at Wilsons Auctions Newport branch on 14 August.