If your commute takes you to the Longford roundabout near Gloucester, you've already seen the signs.

Roadworks are due to start on the busy roundabout that marks the intersection of the A38 and A40 imminently and they will go on until November.

The work is the first part of a grand scheme that forms part of the Joint Core Strategy agreement between Cheltenham Borough, Tewkesbury Borough and Gloucester City Council. 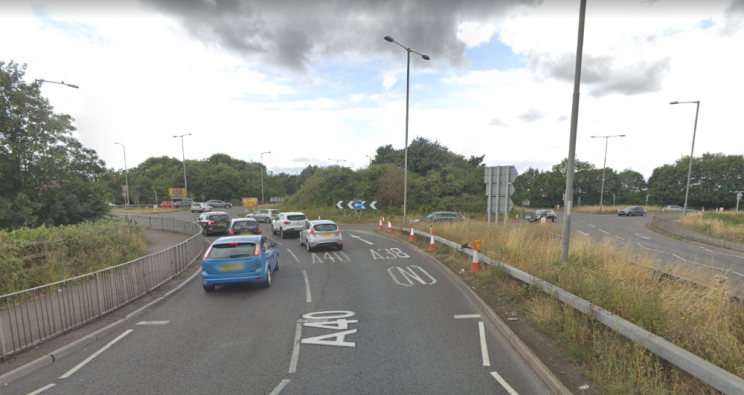 Large swathes of land next to the A38 is being readied for housing and the roundabout work is just the start of what will be known as the Innsworth Gateway Project.

That scheme will eventually see a new roundabout and intersection appear on the A40 between the Elmbridge Court and Longford Roundabouts, to allow for access to new housing estates to the north.

But before that work can start, greater capacity is needed to the west, with the Longford work designed to widen access to the roundabout.

New lanes will be added to the A40 westbound access to the roundabout and to the approach from the north on the A38.

The extra entry lanes from the south and west will be extended while the roundabout itself will be re-shaped to allow for better circulation. Developer Robert Hitchins will be carrying out the work.

A document outlining the work, explained how the new roundabout will work. 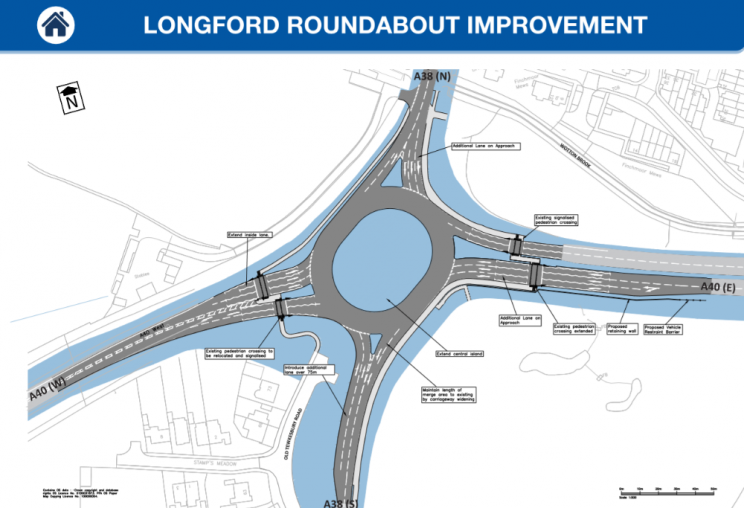 "The Longford Roundabout currently experiences congestion during the morning and evening peak hours resulting in queuing and delay," it said.

"Traffic modelling indicates that without improvements to the junction these delays would increase significantly, which would have a detrimental impact on the attractiveness on of the area to residents and businesses.

"Increasing the capacity of Longford Roundabout through elongating the central island and widening all entries will improve journey times and reduce queuing at the junction.

"Due to the scale of works being undertaken it is inevitable that there will be an increase in driver delay during the construction phase.

"The majority of works will be undertaken between 9.30-15.30, outside the peak hours.

"Although every effort will be made to minimise works during the peak hours there will be road works in place at the junction throughout the construction phase."