Primark said it is convinced about the retailer's "long-term growth prospects" after seeing record sales in the week after coronavirus restrictions were lifted. 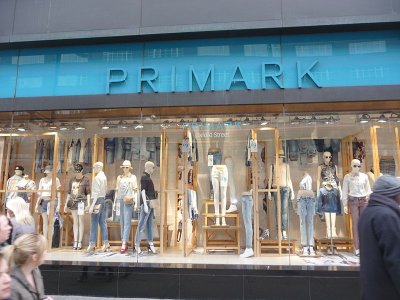 The welcome lift in sales comes as parent company Associated British Foods reported a statutory pre-tax profit for the 24 weeks to the end of February of £275million - a drop of eight per cent.

Group revenue fell by 17 per cent to £6.3billion but the company's food businesses saw a sales increase of 30 per cent.

But chief executive George Weston said the company's confidence was reflected in the decision to repay £121million of furlough money.

He said: "Primark sales after store reopenings demonstrate the relevance and appeal of our value-for-money offering.

"We are excited about welcoming customers back into our stores as the lockdowns ease and are delighted with record sales in England and Wales in the week after reopening on April 12.

"With our success in a number of new markets, we are as convinced as we have ever been in the long-term growth prospect for Primark."

He continued: "Looking ahead, with stores reopening and Primark once again becoming cash generative, our confidence is reflected in our decisions to repay the Job Retention Scheme monies and to declare an interim dividend."

Queues formed outside many Primark branches as non-essential retailers were allowed to reopen last week.

According to retail analyst Springboard, footfall at all UK shopping destinations was up 87.8 per cent last week on the previous seven days.