Staff and punters of two Cheltenham pubs have completed a busy year of fundraising in support of Sue Ryder, raising nearly £5,000 for their Cheltenham hospice.

Sister pubs The Exmouth Arms on Bath Road and The Royal on Horsefair Street have held a number of exciting events to raise vital funds for Sue Ryder Leckhampton Court Hospice.

Events included ExFest, a weekend-long festival that took place at The Exmouth Arms in June. 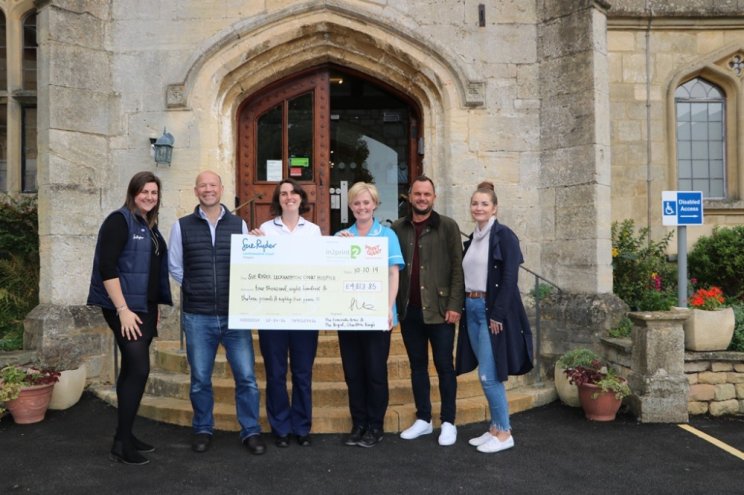 In August, the Royal held a Summer Festival packed full of fun entertainment and activities, including children's pizza decorating, a dog show and an ale and cider festival.

The Royal has also hosted popular Rock 'n' Roll Bingo Nights, where instead of calling out numbers, a short clip of a song was played.

The two pubs have supported Sue Ryder Leckhampton Court Hospice for the past four years.

They both support the hospice's annual 10K night-time walk through Cheltenham, Starlight Hike by offering refreshments and soft drinks to around 2,000 walkers going past their pubs.

Mike Huysinga, the owner of The Exmouth Arms and The Royal, said: "We are proud supporters of Sue Ryder Leckhampton Court Hospice and we're thrilled that we have been able to raise money for local families needing the hospice's expert palliative care.

"It is great to support a local charity that is close to so many people's hearts."

Beth Davis, Community Fundraiser at Sue Ryder Leckhampton Court Hospice, added: "We are hugely grateful to the teams and customers at The Exmouth Arms and The Royal for their continued support, helping us be there when it matters.

"Here at Sue Ryder Leckhampton Court Hospice we provide palliative care for people who are living with life-limiting conditions, and also support their families.

"While our care is offered free of charge, we need to raise £2.5 million to continue to provide it this year - through the kind support of local people such as the teams at The Exmouth Arms and The Royal.

"We would love for other local pubs and businesses to follow in their footsteps and help to support our hospice and raise awareness.

"If you are thinking about fundraising, please do pick up the phone and get in touch; we'd love to support you every step of the way."

To contact the hospice's fundraising team call 01242 246285 or email leckhampton.fundraising@sueryder.org