Opening time for some pubs and restaurants in England could come two weeks earlier than expected. 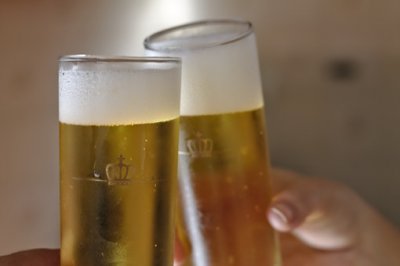 Under Prime Minister Boris Johnson's schedule for the reopening of the economy, the hospitality trade was expecting a return no earlier than July 4.

But it is believed discussions are underway inside the Government to bring that forward for those with beer gardens to June 22 with The Financial Times reporting it is to be discussed in a Cabinet meeting tomorrow (Tuesday).

The British Beer & Pub Association said an immediate and clear decision is needed and reiterated its call for all pubs to be free to reopen from July 4.

Chief executive Emma McClarkin, said: "Our industry needs confirmed and definitive dates so we can get pubs ready for reopening.

"We've always wanted to reopen our nation's pubs safely and viably as soon as possible, but we urgently need a clear decision on whether we can reopen pub beer gardens will be able to open."

While the prospect has been welcomed in some quarters, UK Hospitality chief executive Kate Nicholls told the BBC reducing social distancing guidelines from two metres to one would be more important to the industry.

The trade body estimates a one-metre rule - in line with World Health Organisation guidelines which are in place Denmark - would allow up to 75 per cent of venues to reopen, compared with 30 per cent at two metres.

She also repeated calls for plenty of notice with trade bodies saying it would take at least three, preferably four, weeks for pubs and breweries to get back up to speed.

Ms Nicholls said: "It takes time, so the fact that there are talks about a specific date is helpful.

"This gives us some certainty about direction of travel. Some businesses have not opened since last November because they are seasonal.

"It is important to start as soon as they can."

She continued: The significance is that it does at least give us momentum - allowing businesses to plan and customers to book."

According to Sky News, Ms Nicholls has written to the Primer Minister calling for help to tackle a looming £1.4billion rent bill which is looming over the industry.

She said the deferral of rent for three months meant landlords could be hit with a huge one-off payment without a further deferment.