Business confidence across the South West has continued to fall during July, according to the latest survey from Lloyds Bank Commercial Banking. 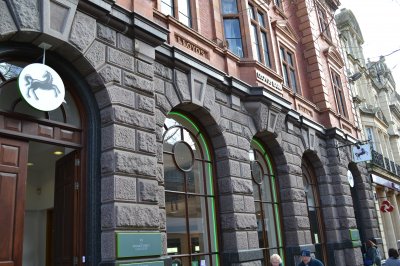 The Business Barometer questions 1,200 businesses each month with confidence in the economy and their own prospects falling three points to minus 27 per cent.

There were some brighter outlooks with the number saying they had experienced a fall in demand going down two points from June to 61 per cent.

And 13 per cent reported an increase in demand - up from a mere eight points last month.

More than half (53 per cent) of businesses surveyed said they were using the Government's job retention scheme with 62 per cent saying they could operate at full capacity under coronavirus regulations - although 21 per cent felt that was not possible.

And of the 17 per cent businesses reporting disruption to the supply chain during July, 30 per cent expected the situation to improved within three months, compared with two per cent who expected it to take more than 12 months to return to normal.

"Issues like these are weighing heavy on firms' outlook, making it difficult to sustain the slight rebound in confidence that we saw last month."

He continued: "With tourism being a key industry for many parts of the South West, the increasing number of firms reporting growing demand could be a sign that the region is beginning to benefit from a rise in staycations.

"We remain be by the side of the region's businesses, committed to helping them emerge from the ongoing uncertainty of lockdown in as strong a position as possible."