Gloucestershire Constabulary insisted there had been insufficient evidence to undertake previous investigations of a cafe in Gloucester in the search for Mary Bastholm, 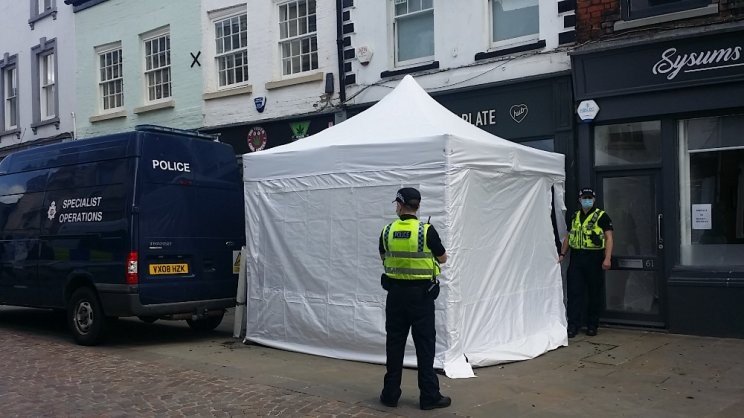 Officers are carrying out forensic assessments of the Clean Plate cafe in Southgate Street following potential new evidence from a TV production company.

Police have confirmed work will continue until Monday before a decision is made on the extent of any excavation.

Mary Bastholm, who worked at the cafe, was 15 when she disappeared in January 1968.

Her disappearance has long been linked to serial killer Fred West, but during the initial investigation into him and in response to an online petition to examine the cafe in 2021, police said there was insufficient evidence she was buried there.

In a statement, Gloucestershire police said: "The reasons behind the 2012 decision were documented in an open letter from former Chief Constable Tony Melville.

"He addressed all the points that had been raised. He also stated that if any fresh evidence came to light, Gloucestershire Constabulary would welcome the opportunity of reviewing it and taking appropriate action.

"Potential new evidence has come to light recently and we are currently carrying out extensive enquiries as a result."

West denied any involvement with Mary's disappearance during the last of 151 police interviews which totalled around 110 hours.

The statement said: "The Fred West inquiry was the biggest investigation the Constabulary has ever undertaken but also the most harrowing and we are proud of the professionalism, dedication and sensitivity shown by all those who were involved in it at the time.

"The case has left an indelible mark on so many in Gloucester, but for those who worked on the case what they dealt with will live with them forever."

It continued: "During the course of the investigation into Mary Bastholm's disappearance more than 250 different lines of enquiry were pursued.

"Following a complete review of the missing person file during the West inquiry, over 100 people were interviewed.

"Despite these enquiries no evidence was found at the time to support arresting Fred West in connection with Mary Bastholm."