The surge in online sales has slowed but latest figures showed the return of shoppers to more traditional venues was also down last week. 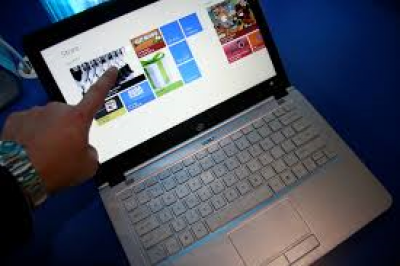 According to figures from the IMRG Capgemini Online Retail Index, online sales were up 43.5 per cent in August on the previous year.

But sales were down 4.1 per cent compared to July.

Capgemini managing consultant Lucy Gibbs said: "As summer comes to a close, we have seen a slowdown in the growth online and we expect to see some shifts in the category spending as we move into autumn.

"In particular, clothing seems to be returning to positive growth, boosted by the return to school and offices as well as further mobility.

"This may not be enough to capture the total lost sales during the summer pandemic period."

The number of shoppers at retail destinations dropped by 6.3 per cent last week, according to the latest figures.

Market researcher Springboard said a fall in numbers is usual in the first week back at school in September, but the fall was larger than normal and was the first weekly decline since April.

And it saw the annual decline drop from 25 per cent - the best figure since lockdown was introduced - to 27.5 per cent.

Numbers on high streets - which saw a rise the previous week - were down 5.4 per cent with retail parks dropping 5.2 per cent and shopping centres down nine per cent.

Director Diane Wehrle said: "While this is a pattern of consumer activity that Springboard has come to expect - we have seen this drop occur in all but one year since we started publishing our footfall indices in 2009 - the magnitude of the drop has been larger than in any previous year."

Staff at ProCook's Gloucester Quays shop did not just return to work this week - they began life in new premises.